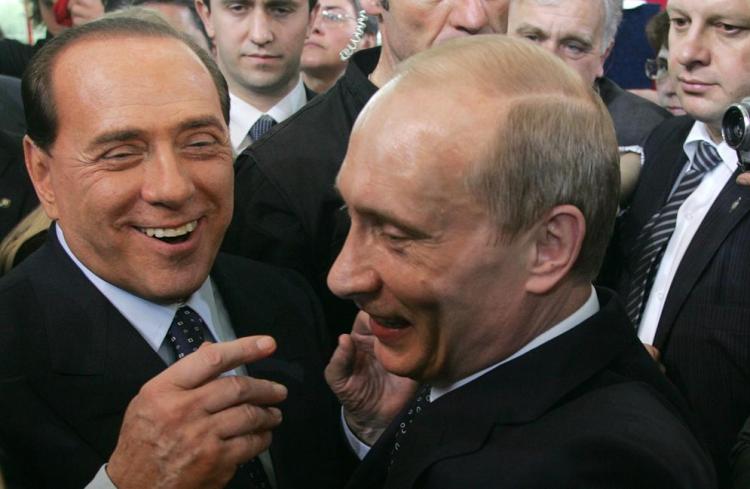 Senor Berlusconi, at left, shares many traits, or perhaps the better word is defects, of character with his pal,  Senor Putin, shown right, and Silvio is, undeniably, a bit of a lout, yet, that said, what could  follow just might just be far, far worse. 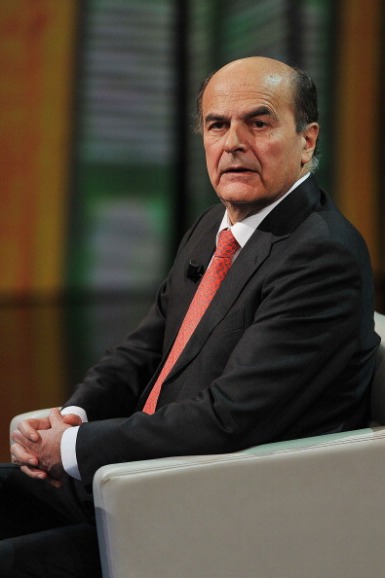 Senor Pier Bersani, the head of Italy’s center-left Democrats, who received a plurality in parliamentary elections last month, stunned Europe this week by joining two other party leaders in calling for the deeply unpopular economic austerity measures of the outgoing government to be abandoned. Despite this flip-flop, Bersani looks unlikely to break a political deadlock to form a new government. This is raising European fears that a strongly anti-austerity Italian party may win a majority in a new round of elections in a few weeks — a result that could upend recent EU measures to prevent a new European debt crisis.

The backlash against economic austerity by the Italian electorate has a somber undertone as it reflected the popular belief that this effort was German-inspired and a failure. The recent political developments in Italy appear to be leading to a situation where unless the EU softens its demands for austerity measures, Italy could be on track for an economic meltdown that will end with it leaving the euro. This would be a disastrous outcome for Europe and the global economy.

Let us all pray that does not happen or occasion riots at Roma, or, far worse yet, Milano, mother’s own cradle.

2 thoughts on “A short note from Italy, my mother’s home, bringing with it dire portends from that nation and for the entire EU.”