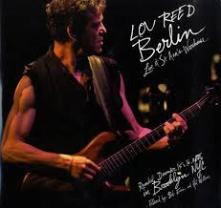 The rich son waits for his father to die
The poor just drink and cry
And me, I just don’t care at all

At heart, they try to act like a man
Handle things the best way they can
They have no rich daddy to fall back on

It takes money to make money they say
Look at the fords, but didn’t they start that way
Anyway, it makes no difference to me

All those great things that live has to give
They wanna have money and live
But me, I just don’t care at all

While it may appear to you, dears, shall we say, quixotic, of me to connect young Lou’s nihilistic anthem about rich boys and poor boys from 1973, to Ole Uncle Bennie and the boys at the Fed this very day, we all now live in the same box—yes, all of us.

Yes, dears, Ole Uncle Bennie, Lou, me and you—into the same crackerjack box go all of us.   Huit clos.  No exit.  A closed-door with no exit.  No way out for any of us.

People wonder—how can the stock exchange go up at a time of economic devastation and no GDP?  It’s simple—stock equities are a barometer of inflation and serve as valuation ballast against it.

When the dam breaks, the cradle will fall—and it must at some point, and then, well–it’s curtains.

Political candidates, those silly boys, forever on the fiddle, make silly noises about tweaking the system here and there and all will be OK again.

The hyena class at Washington exhorts us to balance the books–or just stop spending money—or spend even more money!!–a scruffy little fella called Krugman is a prime proponent of this last-listed frivolity—but then Nana maternal always said that Princeton was a playboy school.  But it really doesn’t matter which card we draw guys—all this misses the point, entirely.

The Americans—and the world by logical extrapolation—are in a box with no exit.

Uncle Bennie actually must continue to buy worthless paper with worthless dollars and all the Americans must continue to pretend that their money—derived from labor, inheritance, investment, crime, what have you, is real.  To do otherwise would be far worse than the current calamity wrought by Uncle Ben and the boys.

To admit that the money we use to live on has no value of any kind at all is a confession no penitent would dare make and no priest would dare to hear.

We will continue the story of the Box in further parts to come shortly.