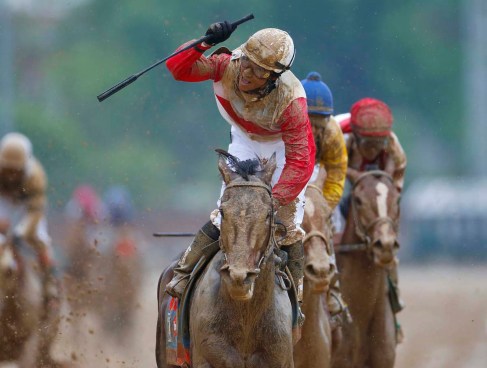 ORB~~picked the right Papa~~and here~~Wins the Kentucky Derby May 4, 2013 for his Phipps & Janney Family connections:

For the unanointed, that’s some, VERY, pricey blood..

And, in case you have come delusional and think we are a democracy~~blood will out~~watch it flow:

The first cousins Phipps, (left above) enjoy the roses and dream of a note,  now yellowing with antiquity, from old Uncle Henry~~he of Carnegie Steel and Henry Phipps and the Bessemer Trust~~Photo AP

Phipps family bloodlines~~and yours~~well now~~as you wander through life, aimlessly bumping into other people’s furniture,  wondering now and then if there is something going on out there that nobody ever bothered to tell you about~~well~~you guessed right–THERE IS!!~~and you picked wrong~~the wrong Papa.

Come now, dears~~didn’t you get a note handed down from your granddaddy, his own handed him,  from old Henry?

Had you instead been a bright lad and picked the right Papa~~these would have been your own bloodlines:

The Bessemer Trust, long feeding, and yet still feeding, baby Phipps heirs~~and their racing horses~~was created with this note~~comme ca:

My dear Hal,
I have today transferred to your name two million dollars $2,000,000 in bonds and two
million dollars $2,000,000 in stock of the Bessemer Investment Company which I wish you
to regard as a trust from me for the benefit of yourself and your children after you. It is my
desire that neither the stock nor the bonds of the Company shall pass out of my family and
that you will agree among yourselves that the others shall have an opportunity to buy at a
fair price the stock and bonds of any one before a different disposition can be made. I hope
that the management of the affairs of the Company shall meet with approval of each one
but should a difference of opinion arise I desire that the judgment of a majority of you shall
be controlling on all questions of policy. I advise that you approve action by the Board of
Directors of the Company in reserving all net profits as additions to surplus account and in
declaring no dividend on the stock for at least ten (10) years. I urge upon you to live within
your income and not to be a borrower on your own account or through the Company.
Realizing that changed conditions may arise which will require freedom in action to meet
them I have not fixed rigid limitations as to possession and control of this property but have
indicated my earnest desire that a prudent and conservative management of the Company
shall be maintained and enforced and that each of you shall put proper restrictions upon
your expenditures and lay aside a reasonable proportion of your income.
I have full confidence that this advice will be respected and followed by all of my children.
Your affectionate father,

Just what was your granddaddy writing, with you in mind, in the month of JUNE, 1911?

Up at Haa~vad  they used to sing to the footballers from Yah~ale–just as~~ Haa~~vad was going down to defeat: 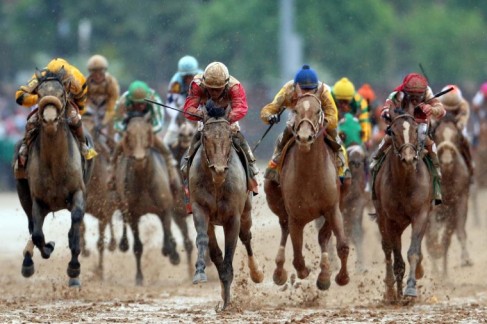 Of late, life has been a bit dicey for the, oft disparaged, American Aristo class~~but–THANK GOD~~ORB has proven that, as before, in the end, good blood will out!!  Hopefully, he has started a trend..back..to the good old days and the good, right sort, of people.

ORB chalks a charming win for the American ARISTOS~~Phipps boys know a bit about picking the right Papa~~if you did as well, you would find~~ life is a bed of ROSES~~~

Well, lads–we may have lost some two–penny election, but, in the end, we won the real race–THE DERBY!!