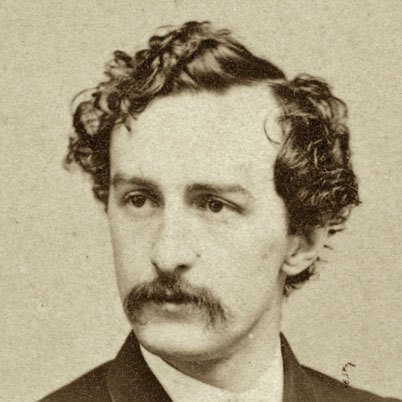 Scoundrel, enemy combatant, rogue, or hero~~which one he is largely depends upon one’s geographic and philosophical temperament, Sir~~

Below, General Grant and President Jefferson Davis~~Cain and Abel together~

Credit~~ Photos edited by Mike Lynaugh – Thank you to the Library of Congress for permission to reproduce these images.

The American Civil War was a real war between two civilizations. It will affect the whole history of the world. There were great and good men, on both sides, who knew it would affect the whole history of the world. Yet the great majority of Englishmen know nothing about it, or only know the things that are not true. They have a general idea that it was `all about niggers’; and they are taught by their newspapers to admire Abraham Lincoln as ignorantly and idiotically as they once used to abuse him. All this seems to me very strange; not only considering the importance of America, but considering how everybody is now making America so very important. America is allowed to have, if anything, far too much influence on the affairs of the rest of the world…
….We know, in our own case, that it is sometimes possible to lose a war after we have won it. The American politicians lost something more valuable than a war; they lost a peace. They lost a possibility of reconciliation that would not only have doubled their strength, but would have given them a far better balance of ideas which would have vastly increased their ultimate influence on the world. Lincoln may have been right in thinking that he was bound to preserve the Union. But it was not the Union that was preserved. A union implies that two different things are united; and it should have been the Northern and Southern cultures that were united. As a fact, it was the Southern culture that was destroyed. And it was the Northern that ultimately imposed not a unity but merely a uniformity. But that was not Lincoln’s fault. He died before it happened; and it happened because he died.
Everybody knows, I imagine, that the first of the men who really destroyed the South was the Southern fanatic, John Wilkes Booth. He murdered the one man in the North who was capable of comprehending that there was a case for the South. But Northern fanatics finished the work of the Southern fanatic; many of them as mad as he and more wicked than he. Mr. Bowers gives a vivid account of the reign of terror that Stevens and Sumner and the rest let loose on the defeated rebels a pestilence of oppression from which the full promise of America has never recovered. But I have a particular reason at the moment for recommending to my countrymen some study of the book and the topic.
Every age has its special strength, and generally one in which some particular nation is specially strong. Every age has also its special weakness and deficiency, and a need which only another type could supply. This is rather specially the Age of America; but inevitably, and unfortunately, rather the America of the Northern merchants and industrialists. It is also the age of many genuine forms of philanthropy and humanitarian effort, such as modern America has very generously supported. But there is a virtue lacking in the age, for want of which it will certainly suffer and possibly fail. It might be expressed in many ways; but as short a way of stating it as any I know is to say that, at this moment, America and the whole world is crying out for the spirit of the Old South.
In other words, what is most lacking in modern psychology is the sentiment of Honour; the sentiment to which personal independence is vital and to which wealth is entirely incommensurate. I know very well that Honour had all sorts of fantasies and follies in the days of its excess. But that does not affect the danger of its deficiency, or rather its disappearance. The world will need, and need desperately, the particular spirit of the landowner who will not sell his land, of the shopkeeper who will not sell his shop, of the private man who will not be bullied or bribed into being part of a public combination; of what our fathers meant by the free man. And we need the Southern gentleman more than the English or French or Spanish gentleman. For the aristocrat of Old Dixie, with all his faults and inconsistencies, did understand what the gentle man of Old Europe generally did not. He did understand the Republican ideal, the notion of the Citizen as it was understood among the noblest of the pagans. That combination of ideal democracy with real chivalry was a particular blend for which the world was immeasurably the better; and for the loss of which it is immeasurably the worse. It may never be recovered; but it will certainly be missed.

How sweet it was~~Rosalie Mansion in Natchez, Mississippi, where, in the 1850’s, there were more millionaires per square foot than in all the rest of the world combined, Sir~~Yes, Sir, combined~~all courtesy of King Cotton~~White Gold, Sir~

G.K. Chesterton On America, from “Come to Think of It”

We thank Mr. Chesterton and cease to quote him~~

Putting the sword to the “tyranny of relativism!”

THE CATHOLIC KNIGHT:  There are so many comments I would like to add to this wonderful script, but for the sake of time and space, I will have to limit it.  Chesterton begins with the comment: “The American Civil War was a real war between two civilizations.  It will affect the whole history of the world.”  In this he is right on both counts.  The Civil War was really a War for Southern (Dixie) Independence.  It was a war of secession, not a “civil war” in the proper sense, because the South had no interest in taking over the Union government in Washington City.  It merely wanted to separate from it.  However, the term “Civil War” has become commonplace in reference to the conflict, and when the word “civil” is put into the context of “civilisation” I have no problem with it.  For the Civil War was literally a Civilisation War — or a war between two different civilisations.  Chesterton was also right in saying that the Civil War would effect the whole history of the world, and indeed it did, in so many different ways, and continues to do so on into the future.  Through America’s Civil War, all of the Western world was introduced to the concept of “total war” wherein all the restraints of Christendom are thrown to the wind and armies now make war on civilians and their property with the same fury they would their military opponents on the battlefield.  Thanks to the North’s conquest of the South, the entire Western world was made ready for the savagery of World War I, World War II and all the conflicts of the Cold War, to the modern day wars in the Middle East.
Chesterton continues: “As a fact, it was the Southern culture that was destroyed. And it was the Northern that ultimately imposed not a unity but merely a uniformity. But that was not Lincoln’s fault. He died before it happened; and it happened because he died.”  Lincoln’s great genius was that he understood the consequences of his actions, and could accurately foresee these consequences up to 150 years in advance as evidenced when he wrote the following…

“I have two great enemies, the southern army in front of me and the  financial institutions, in the rear. Of the two, the one in the rear is  the greatest enemy. I see in the future a crisis approaching that  unnerves me and causes me to tremble for the safety of my country. As a  result of the war, corporations have been enthroned and an era of  corruption in high places will follow, and the money power of the  country will endeavor to prolong its reign by working upon the  prejudices of the people until wealth is aggregated in a few hands and  the Republic is destroyed. I feel at this moment more anxiety for the  safety of my country than ever before, even in the midst of the war.” — Abraham Lincoln in a letter to Col. William F. Elkins upon passage of the National Banking Act of 1863

Credits~~and thanks to The Catholic Knight

Putting the sword to the “tyranny of relativism!” ~We now note cease quoting 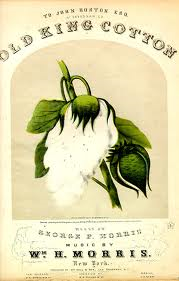 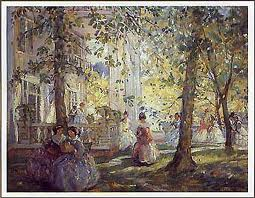 A beautiful, genteel, child-like, civilization~~now and forever~~gone with the wind~