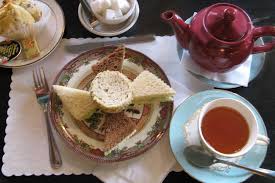 Our Hedrick, born a subject of His Majesty George V, and Chris, who, I think, wishes he’d likewise been born subject to His Majesty, touch upon the central question of America–there is only one you know, it has never changed and never will.

That question is~~how to safeguard the rights of the little fella from the men of the big cities and the central government.  It has never been resolved and never will be resolved–in fact–it can’t be~~as long as there is an America.

The singular most important election in our history was the election of 1800–in which Jefferson was the self-assessed defender of the little fella against Adams and his puppeteer, Hamilton, on the side of the big banks, the big cities, the nascent big industrialization. That election was absolutely a death sport–nothing in recent years can touch its significance, fury, animus and animosity.

The founders disagreed sharply about America–and what she was and would become. The Southern gentlemen: Washington, Madison, Monroe, Jefferson–who were the lead players on that side of the net–were obsessed with how to best safeguard the voice of the little fella in the little towns and villages from the machinations of Hamilton and the other representatives of the interests of the big guys.

They never resolved that–and it had been the central issue of America long before the Revolution–what sort of country was she to be?

This question dominated the 19th century–first in the run-up to what is most erroneously called the Civil War–it was not–it was a war of secession–the Syrians now have a civil war–in which the revolutionaries intend to invade and sack Damascus and kill or banish Mr. Assad–the seated ruler–replacing himself with themselves.

Our war of secession was not a civil war, as the intent of the men of the south was not to lay waste to the north and take over things but simply to leave the union–and they wanted to do that for the same, repeating reason, of our history–the voice of the small town little guy had been drowned out by the big city~-and, by then, primarily~~ northern~~ interests.

The Civil War–as it is erroneously called by us–resolved nothing more than the sack, rape and plunder of the south by radical Republicans~~yes—-those people~~ and the area became a bastion–through my  grown years–of arch-conservative Democrats~~yes, those other people~~ whose singular purpose was to re-write the ending of the war of secession.

In between times, this thought line of little guy v. big guy mutated into–among other things–Populism, Progressivism and many other isms.

Today, that central question of America is found in Tea Party.

Tea Party is savagely vilified–in the big cities and the bastions of central power.

Yet, Tea Party is simply the newest iteration of the central question of the Americans–how to protect the little fella in the little towns from the big guys.  That is all it is.  It will resolve nothing–but the sentiment will not ever go away and will find expression in yet another mutation later.

We should be glad of that–as, when we reach a stage on which, the voice of the little fella is not amplified by anyone or any group–the idea of America will be asked, answered, and, sadly, resolved.

Gentlemen–the tension between these conflicting groups within America is the central issue and question of America.  It will and must remain in the body politic as a counterweight for the little fella against  the ever-expanding influence of the big guys.

Particular issues raised today in the club by Hedrick and Chris– such as managing modern cities and, how to, or not, gerryrig elections–the latter of which I have had a personal hand in doing~~ and could write books about which I assure you would never be read by anyone–even fond family relatives–are, both and all~~ a far second fiddle to the central theme of protecting the little guy from the big guy.

As a parenthetical, it is a curiosity that protecting the rights of the little guy now falls to mine–the patrician Party–when–for most of its past, it was the hobby-horse of–the other Party.

And, yet, that dance goes on–how to protect the little guys from the big guys–and pray God it always does~~as that dance is America herself.

I am most pleased to note that general comments–and, more startling so–sidebar comments—in our little club, remain the most gentlemanly and thoughtful and varied area of ideas I have encountered in all on the Internet, and that is a credit to all of you and I thank you for that~~