When it comes to tax reform, secrecy is a good thing in the Senate.
The Senate Finance Committee plans to keep Senators’ tax reform ideas top secret for the next 50 years.Their proposals won’t be released to the public until the end of 2064, unless changed enough so that the Senator submitting the idea cannot be indentified.

Only the Committee chairman, the ranking member and a small number of staff members will see the proposals. Paper filers will be kept in a safe, and digital versions will be kept on a password-protected server, according to CNNMoney.A Senate staffer says the 50-year secrecy rule is standard operating procedure. But congressional scholar Thomas Mann called it “gimmicky.””It’s one thing if they wanted to have some closed hearings for a general discussion before proceeding to an open mark-up. That would be constructive,” Mann told CNNMoney.Senators could submit a proposal while simultaneously criticizing it in public. However, Mann doesn’t understand the purpose of the secrecy since Senators will eventually have to vote for or against tax reform plans.

“Plenty of things are classified. But this is different,” he noted. “This is a normal public policy thing. If something then gets included in a package, the member is either going to be for it or against it.”

Committee Chairman Max Baucus, D-Mont., told The Hill that more Senators would offer proposals because of the secrecy. “Several senators have said to me how important that is to them. It’s quite significant.”

The intent is to give Senators protection from powerful Washington lobbyists who will work hard to preserve tax breaks for their industries, possibly derailing tax reform.

Sen. Orrin Hatch, R-Utah, said many Republican Senators will give him proposals verbally.

“We’re getting a lot of input regardless,” Hatch said. “All I want is input. I don’t care how they do it, whether it’s in writing or whether it’s personally.”

The committee’s leaders may be risking their credibility by pledging to keep proposals confidential in a town where secrets are difficult to keep for long.

“I think that, unfortunately for them, people around here tend to believe that anything in Washington — there are no secrets,” Sen. John Thune, R-S.D., said, according to The Hill. “But they’re doing their best.

“That should be somewhat reassuring. I think people will feel a little bit more freedom.” 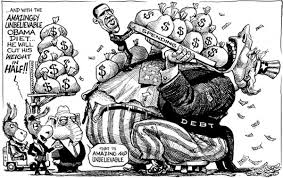 Oh, my, the perversity of money in politics, my dear me~~

Ole Frank Roosevelt used to talk about Republican “economic royalists,” when for 12 years, he wore the crown himself~~

American politicians appear to be even stupider than I’d thought them capable~and I didn’t think that was even remotely possible~today we learn the little darlings publicly announced that they want to keep TOP SECRET~~the very things that they will be later compelled to publicly debate~can one get more stupid than that?  I’m sure we’ll soon find out that the answer will be YES~my dears~

Money for nothing~~chicks for free~