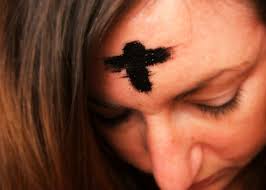 Little Angels with dirty faces
~~
Jesus has left us for 40 days to pray, to fast and to resist temptation in the desert
~~
Today, Ash Wednesday, serves as a reminder to man that
Thou art as dust and into dust you shall rather soon return
Surely so, Man comes into this world with nothing
Surely more so, Man will shortly leave this world, taking nothing with him
The Ashes of Wednesday call to mind the transitory nature of man’s life
Man is admonished, these 40 days to pray, to reflect and to give of ourselves to the poor ones who are most precious to Jesus
Give something up, give something away
Share a smile, some food, some conversation, a bit of money, a bit of solace, with your brothers
After 40 days with Jesus in the desert, we will be prepared to be good witnesses to His Passion, and his dreadful Death upon the cross for us
Easter Sunday morning He will rise again, having insured
The possibility of Eternal Life with Him forever in Heaven.
Go about these days of exile with a smile always for our fellow children of God~~