Foaming at the mouth, The American Commies, plan for their suicide.
~~
Drink, laugh and watch.
~~
Erick Erickson, a very nice boy Erick, over at The Red State:
~~
Is always a kick in the pants.
~~
Long before I ever met Erik, my Uncle Glenn told me:
~~
“Giovanni, no sweat, really, kick your boots into the dashboard and pop open a 16 ounce PBR and drink and look and laugh, as:
~~
THE COMMIES ALWAYS END UP CUTTING THEIR OWN THROATS.”
~~
ALWAYS.”
~~
Today, Erik Erickson reminds us that there is no reason to fret about the Commies, or even kill them, as, our mommies and daddies would forever tell us:
~~
The commies ALWAYS:
~~
End up cutting their own throats.
~~
The Commies always start out as mealy-mouthed liberals, wanting to overthrow the Imperial Czars:
~~
And likewise always progress, discernibly, into leftist Fascists who are now seen at the Washington Capitol, hyperventilating thus:
~~
YOU MAY NOT DISSENT!!
~~
When the liberators become the Czarists, it’s high time for nighty-nite.

Pick your poison, little children:
~~
There really is no reason to spend a lot of time analyzing or refuting the Commies, as, they have, now in America, come to that very predictable end:
~~
At which:
~~
They are preparing to kill themselves.
~~
Watch, laugh and drink. 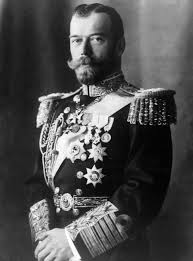 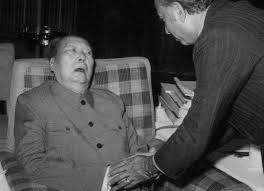 Dissent on a One Way Street

Six years ago, Brendan Eich contributed $1000.00 to the Proposition 8 campaign in California that sought to preserve marriage between one man and one woman. Eich recently became chief executive officer of the Mozilla Corporation. Mozilla, part of the Mozilla Foundation, oversees pieces of the Mozilla web browser Firefox — an open source rival to Internet Explorer, Safari, and others.

Half the board resigned when Mozilla named Eich the CEO. The online dating service OKCupid called for a boycott of Mozilla. Contributing to an unpopular cause six years ago — during a time the left claimed “dissent is patriotic” — is enough to blacklist Eich. The objections to his hire are not based on his competence, experience, or resume, but on $1000.00.

Nate Silver, formerly of the New York Times and his own political prognostication website fivethirtyeight.com, allowed Colorado professor Roger Pielke to pen a thoughtful piece on the impact of climate change. Pielke agrees with the community of global warming believers that man is causing the world to heat up. But Pielke argued, with data, that the increase in weather related damage is not necessarily because of global warming. Additionally, he advocates adapting to global warming instead of wasting resources trying to end it.

The left quickly denounced Pielke and Silver. Silver’s competitors roundly attacked his entire enterprise for daring to give a heretic a voice. Silver, naturally, distanced himself from Pielke, writing, “Roger’s article … contained an implicit policy recommendation in its closing paragraph. Whether or not the recommendation was justified by Roger’s thesis and evidence, we generally prefer to avoid these kind of recommendations, and instead allow readers to draw any policy conclusions for themselves.”

Former Washington Post liberal blogger Ezra Klein has a new liberal blog site called Vox that purports to “explain” the news. The explanations have a helpful liberal spin that General Electric is helpfully underwriting with advertising dollars. But Klein hired Brandon Ambrosino for his venture. Ambrosino is a liberal gay male who has enraged they gay community by writing, among other things, that the gay left “routinely scour the private lives and social media accounts of our political opponents in the hopes of demonizing them as archaic, unthinking, and bigoted”

For these and other sins, Ambrosino has made himself an enemy to the very group of which he is a part. Ezra Klein has been forced into repentance claiming he will ensure Ambrosino’s work is properly edited.

Last week in Texas, Republican gubernatorial nominee and current Attorney General Greg Abbott released a comprehensive education plan for Texas. It is thorough, well documented, and heavy on citations. But one of those citations comes from well respected scholar Charles Murray. Murray’s work on IQ has, for years, been badly mischaracterized by the left. Liberal journalists in Texas, joining the Democrats’ gubernatorial nominee Wendy Davis, are now willingly painting Greg Abbott as a racist for relying on Murray’s work. In doing so, they are again misrepresenting Murray’s work, largely because it ran afoul of acceptable standards of political correctness.

The anti-Christian left has often brought up Galileo Galilei in its attacks on both Christianity and skeptics of science. Galileo believed the earth orbited around the sun, or “heliocentrism”. The prevailing view of the age, held by the Catholic Church, was that every object in the sky orbited the earth. The Roman Inquisition in 1616 declared heliocentrism “formally heretical.” Luckily for Galileo, Pope Urban VIII was not a member of the increasingly intolerant left. The Pope encouraged Galileo to write a book giving arguments both for and against heliocentrism.

The left in the United States increasingly refuses even to consider other arguments. Children must be taught only the left’s arguments. Scholars and pundits must only share the left’s views. Any other views must be marginalized, silenced, or punished. Those who hold unpopular views must be shunned, fired, or re-educated.

Evil in the world has always behaved thusly — it preaches tolerance until it is dominant. Then it seeks to silence good. The left should be wary that its behavior in civil society increasingly mirrors this historic pattern.