California Chrome will win the 2014 Kentucky Derby Saturday, May 3, 2014, but for:
~~
An endorsement from Andrew Beyer.
~~
Andrew Beyer alone can stop California Chrome from winning the roses May 3, 2014.
~~
Be cautioned:
~~
Andrew can, and often has, proven, a very powerful impediment to a horse with rose-colored blinkers on.
~~
You know our Andrew, nice Jewish boy Andrew, who, by very odd legerdemain, inherited the, abruptly vanished, Gentlemanly Jewish boy, Gerald Strine’s, newspaper column in the Washington Post.
~~
Andrew is the quintessential Washington boy:
~~
Hired and paid, rather well we understand, to do something, the particularities of which:
~~
Andrew knows nothing about at all.
~~
Think of him as a contemporary politician.
~~
Andrew broke into racing;
~~
Can that possibly be the correct phrase to describe what happened?
~~
By writing a book called “Picking winners,” which is, at a minimum, comedic, as: 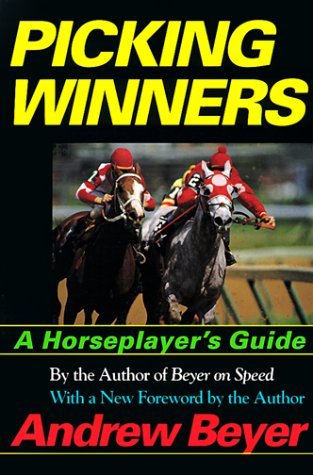 Our Andrew can neither write, nor pick winners.
~~
Again, the quintessential Washington man.
~~
As point of reference, our Andrew bet against Secretariat, Seattle Slew, Affirmed and Spectacular Bid, to cover the high points of the 1970s alone.
~~
To our best recollection, our Andrew has, never, ever, bet on a winning Derby horse that he has endorsed in his little newspaper column.
~~
EVER.
~~
In his book, Andrew makes the classic, and sad mistake, of attempting to reduce our dazzling enterprise called racing to:
~~
An arithmetic exercise.
~~
How dismal, Andrew!!
~~
Racing is about, beauty, power, blood lines and luck, and never about arithmetic.
~~
Of course Andrew is a Washington man and of course, his little arithmetic equations are now adopted, you guessed it, wholesale, as Scripture, into the lexicon and newspapers of the racing business, in which horses are assigned this mind-numbing calculation:
~~
A Beyer Speed Figure!!
~~
A number that, by justice, ought to eliminate the highest Beyer number from any and all consideration.
~~
Selecting winning horses, as with many other enterprises, is a process of elimination:
~~
Hence:
~~
The Kentucky Derby is affirmation for one horse, brought on by the elimination of the other horses in the race.
~~
That’s it:
~~
That’s all there is to it all.
~~
As we know in the clubhouse far better here than do most, that, as government ought not be run as a business, as government is not and has never been intended to be a business but rather a necessary evil, arithmetic has no place in racing which is about:
~~
Beauty.
~~
Today we were to the doctor, lovely girl, Polish, and of course, Catholic, who grew up in Warsaw under the Communists, who said to us:
~~
“John Begg, everybody knows that Herrenfrau Clinton will win the Presidency in 2016.”
~~
We are old softies here, in our clubhouse, for pretty girls, so, we didn’t laugh, we simply said:
~~
“OH!!
~~
Doctor dearest, we’ve heard that tune, it was popular when you were a young girl in Poland in 2006 and 2007.
~~
The tune was released back then as:
~~
“The Inevitability of Hillary 2008.”
~~
The tune had a catchy toe tap to it, but the story line, somehow just didn’t work out.
~~
So sorry, love.”
~~
As with our Andrew’s ham handed attempts to reduce the beauty of our sparkling sport of racing to arithmetic, there are many in this, not pretty city, who would reduce politics to number counts and arithmetic as well, unaware that:
~~
Politics is most appropriately about having startlingly good ideas and about making direct appeals to:
~~
Raw emotion.
~~
Yes, we said:
~~
Appeals to raw EMOTION.
~~
Shortly, you, my dears will have our Andrew’s note about the Inevitability of his Derby winner for 2014.
~~

Then, we will all know for certain, as, if our Andrew picks California Chrome, the horse will be either struck in the head by lightning just after leaving starter’s gate, or drop poor Victor Espinoza, a really deserving lad, over the fence on Clubhouse Turn, or snap one, or both, forelegs, or, run a good, solid 19th all the way round.