The instrument of Man’s First Fall: 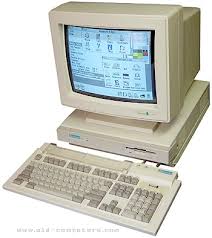 The instrument of Man’s Third and Final Fall:

With each fall, the sorrow of man, becomes more profound.

All of us remember the First Fall, the First Sorrow, of Man.

Pictured forever, imprinted forever, on our minds for us, by Michael Angelo. The Second Fall of Man, His Second abiding Sorrow, was found in a Lake, by Narcissus;

He summoned there by the sweet seduction, by the Siren’s Call of his, and our own,

Narcissus found there in the Lake:

Satisfied no longer with mere self-adoration, self-fixation, anorexia and death:

Man has contrived to invent a drab computing machine box that permits him to love himself universally and,

In that drab computing box,

To create his own, very pretty, private identity,

His own, very pretty, private universe.

Man, in this, his ultimate, act of vanity,

Neglects to ask himself:

What way out the computing machine box I have, for myself, created?

In which, Sartre writes to us:

As, after all, for Sartre, the end of the War and the coming peace of Paris, gave promise of relief from his box of no exit:

And, in which, today we find that:

The abject loneliness of:

A Hell, far, far worse than Sartre’s Hell of 1943, in which Sartre described his Hell as being “the others,”