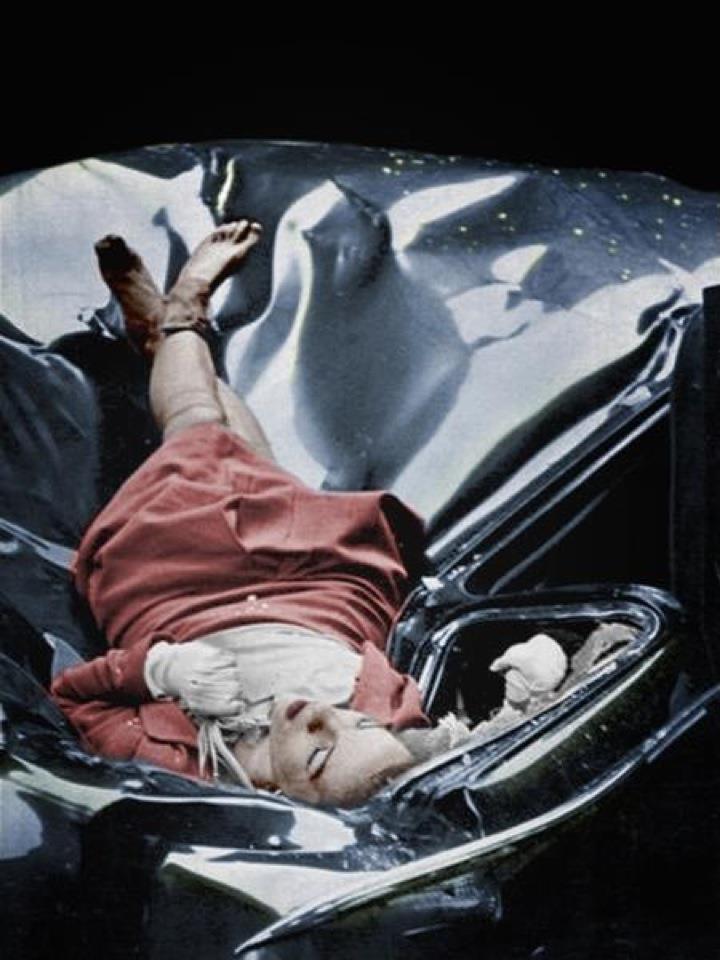 @Robert C. Wiles@Life Magazine:
***All rights theirs.***
~~
The body of 23-year-old Evelyn McHale rests atop a crumpled limousine minutes after she jumped to her death from the Empire State Building, May 1, 1947.
~~
Read more: ‘The Most Beautiful Suicide’: A Violent Death, an Immortal Photo | LIFE.com http://life.time.com/history/evelyn-mchale-suicide-photo-empire-state-building-1947/#ixzz32OHSyPdf 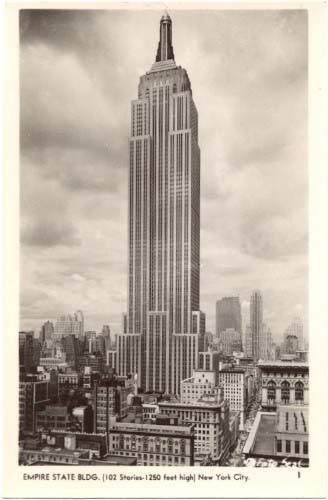 In May 1947, LIFE magazine devoted a full page to a picture taken by a photography student named Robert Wiles. The photograph is extraordinary in several ways — not least because it remains, seven decades later, one of the most famous portraits of suicide ever made. Along with Malcolm Browne’s 1963 image of a self-immolating Buddhist monk and a small handful of other photos of men and women seen before, during, or after their own self-slaughter, Wiles’ picture graphically and unforgettably captures the destruction — both literal and figurative — that attends virtually all suicides.

The woman in the photo was 23-year-old Evelyn McHale. Not much is known of her life, or of her final hours, although countless people have put enormous effort into uncovering as much about the troubled, attractive California native as they possibly could. For example, the tremendous visual-culture blog Codex 99 has an admirably solid discussion of her life and her suicide. But even that examination of her history and her death feels somehow lacking — not because the Codex post is weak, but because Evelyn left behind so little to hold on to. In the end, there is not even a gravesite; she was cremated, according to her wishes, and no marker or tombstone exists.

But beyond the mystery of Evelyn McHale’s life and death, there is the equally profound mystery of how a single photograph of a dead woman can feel so technically rich, visually compelling and — it must be said — so downright beautiful so many years after it was made. There’s a reason, after all, why she is often referred to as “the most beautiful suicide”; why Andy Warhol appropriated Wiles’ picture for his Suicide: Fallen Body (1962); why once we look, it’s so hard to look away.

In Wiles’ photo, Evelyn looks for all the world as if she’s resting, or napping, rather than lying dead amid shattered glass and twisted steel. Everything about her pose — her gloved hand clutching her necklace; her gently crossed ankles; her right hand with its gracefully curved fingers — suggests that she is momentarily quiet, perhaps thinking of her plans for later in the day, or daydreaming of her beau.

(Here, again, the Codex 99 post provides insight into her final hours, and maybe her final thoughts.)

For its part, LIFE magazine captioned the picture with language that veers strikingly from the poetic to the elemental: “At the bottom of Empire State Building the body of Evelyn McHale reposes calmly in grotesque bier her falling body punched into the top of a car.”

A single paragraph, meanwhile, describing how the scene came about is at-once unsentimental and elegiac:

On May Day, just after leaving her fiancé, 23-year-old Evelyn McHale wrote a note. “He is much better off without me. . . . I wouldn’t make a good wife for anybody,” she wrote. Then she crossed it out. She went to the observation platform of the Empire State Building. Through the mist she gazed at the street, 86 floors below. Then she jumped. In her desperate determination she leaped clear of the setbacks and hit a United Nations limousine parked at the curb. Across the street photography student Robert Wiles heard an explosive crash. Just four minutes after Evelyn McHale’s death Wiles got this picture of death’s violence and its composure.

This is not the place to delve into the deep, troubling universe of suicide, with all of its attendant pain, grief and lingering, unanswerable questions. But for a single moment, we can look one last time at Evelyn McHale, and remember her. Even if none of us ever knew her. Even if we’ll never really know what pushed her off the building. Even if she’s long, long gone, and never coming back.

– Ben Cosgrove is the Editor of LIFE.com

2 thoughts on “I was taught to think that Evelyn disapproved of American participation in the United Nations.~As do most sensible Americans.~”