There is no such thing as a Ruling Class In America, very much to my lamentation:

A Note to my brethren on the hard right wing. 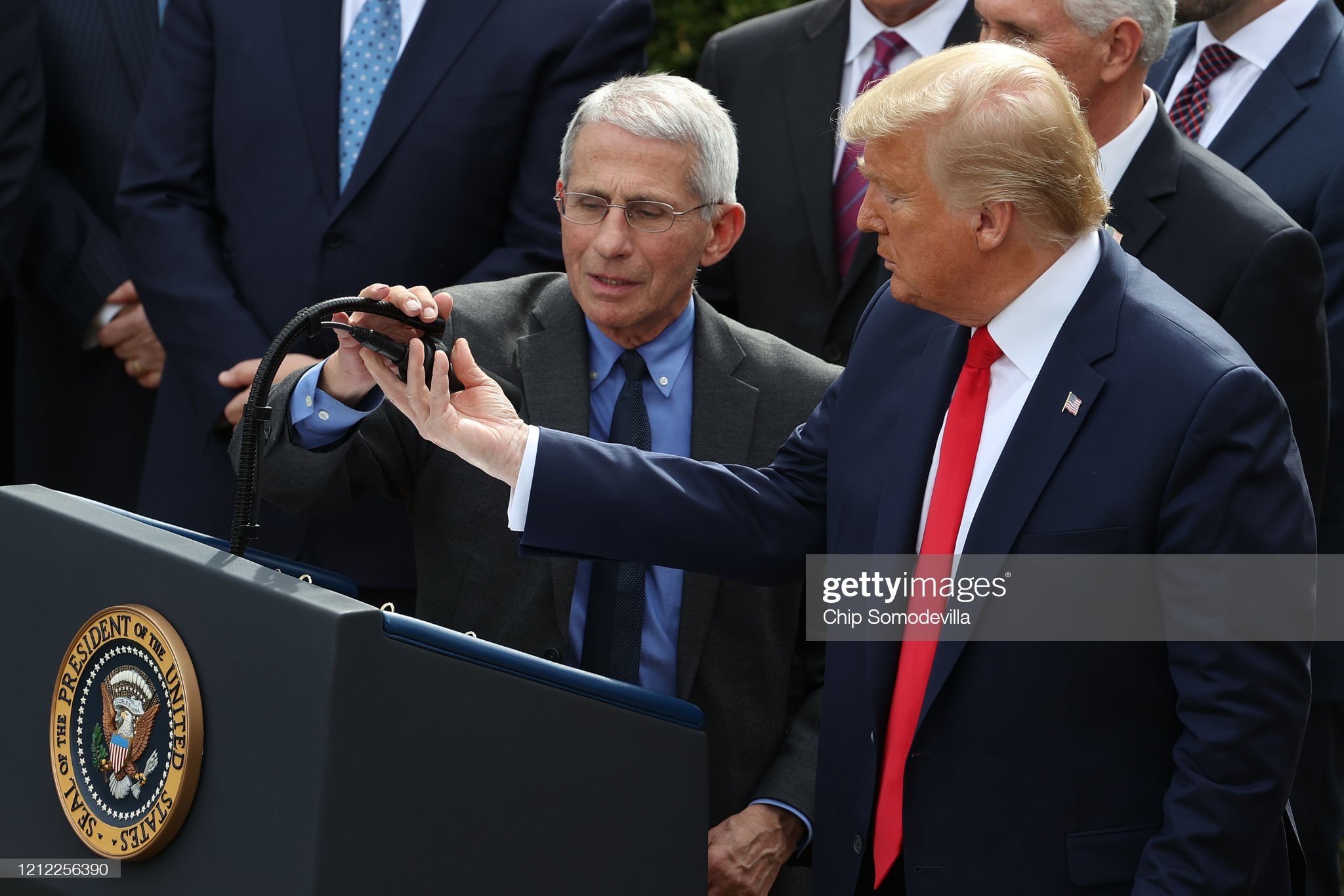 There is no such thing as a ruling class in America and were there such a ruling class, Anthony Fauci is certainly not part of it. 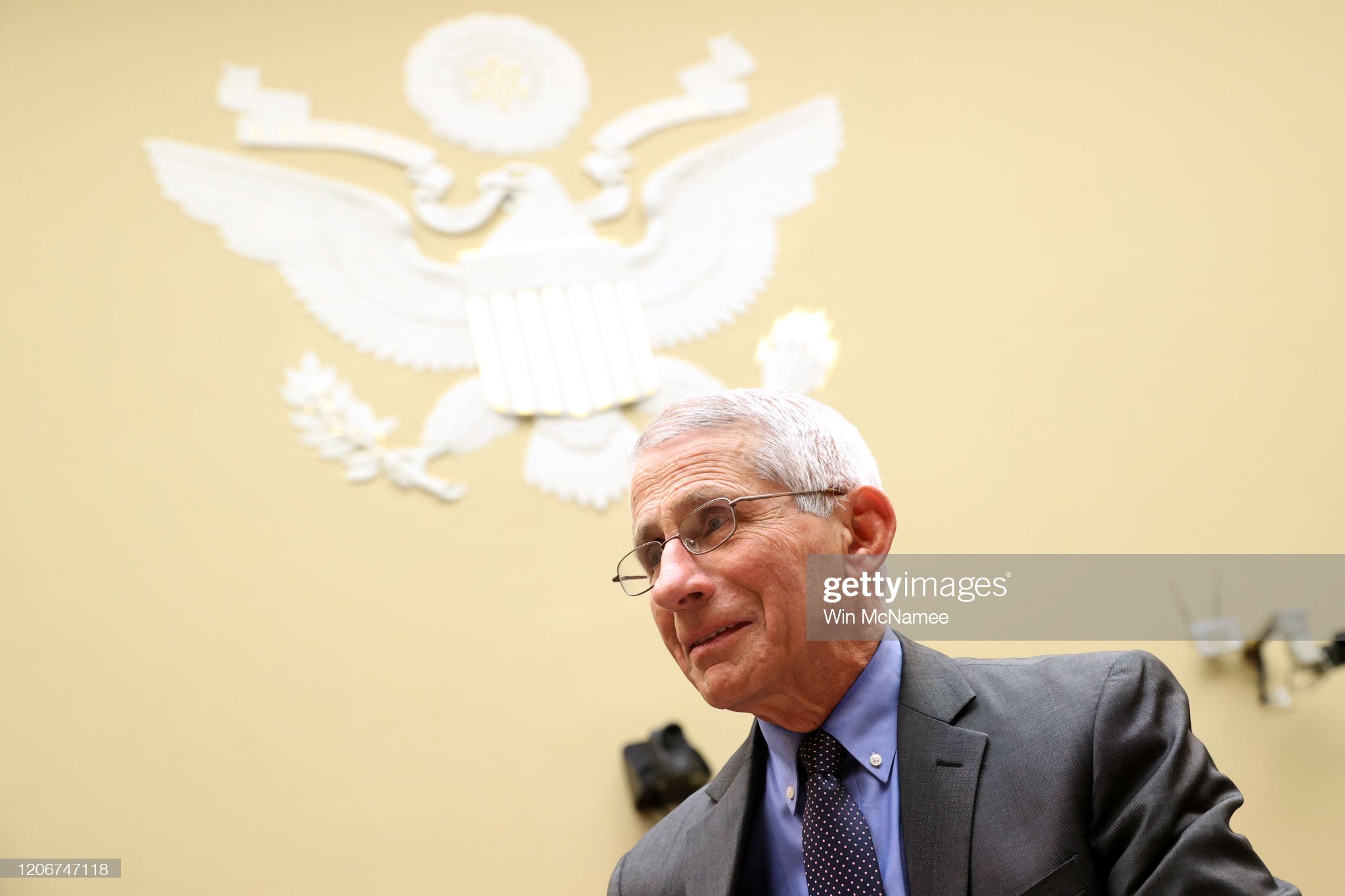 Fauci is a scientist and a medical man. He is also a government employee which means that there is nothing even remotely ruling class about him. 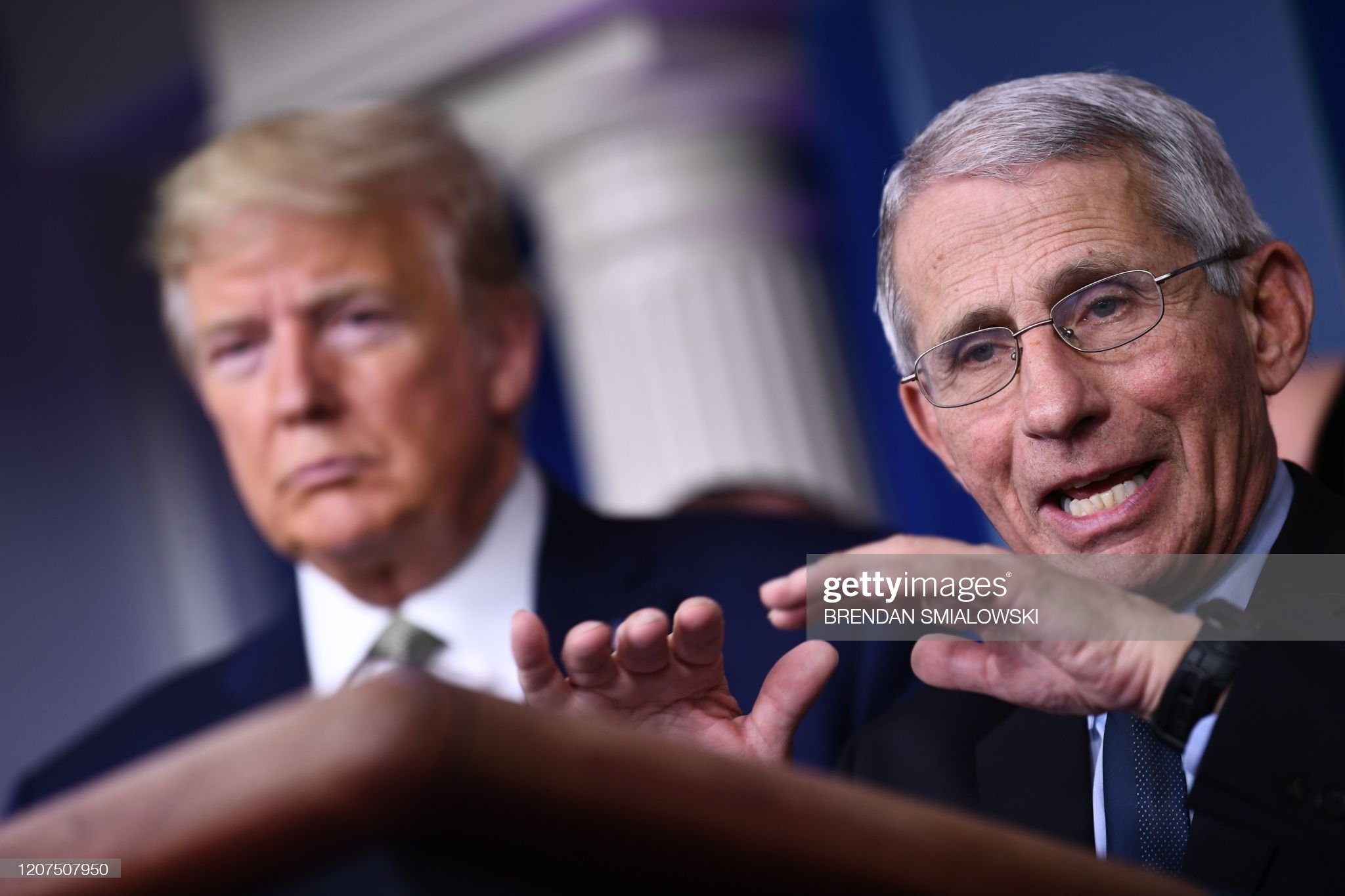 Fauci is likely a Democrat, from my reading of his life, but we do not need him as a politician. 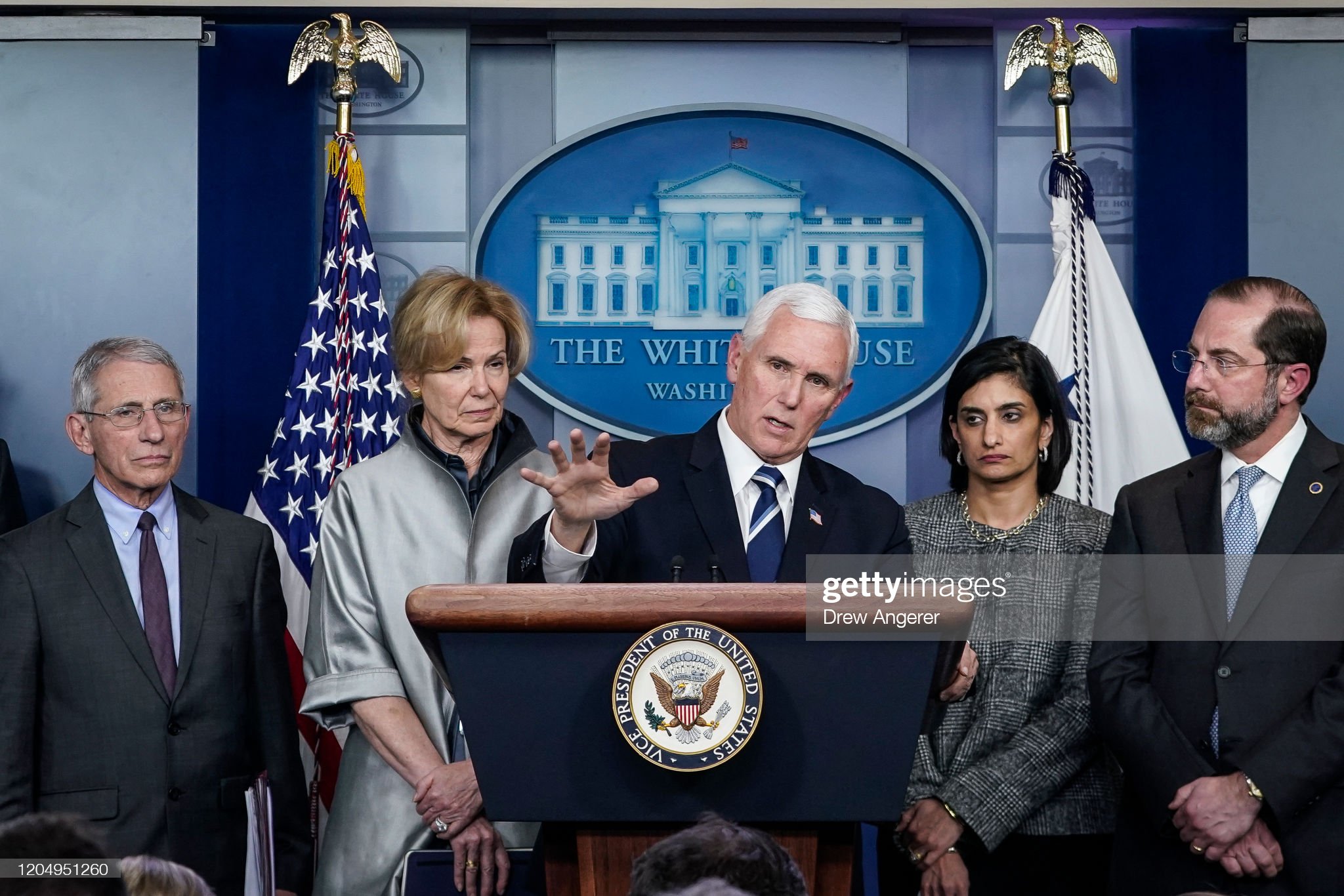 Fauci is a DOCTOR. Of the very first order of magnitude. 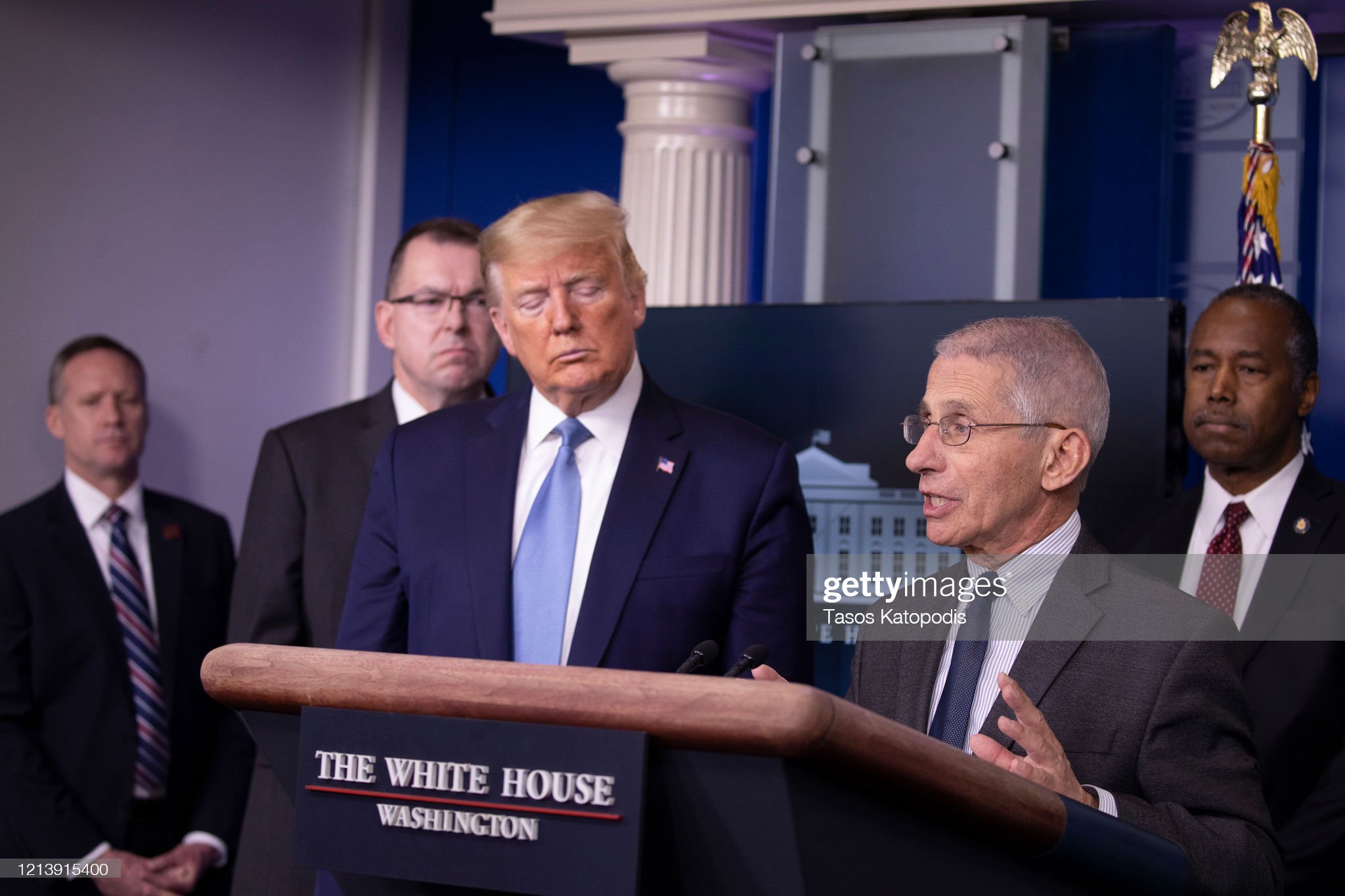 Lastly, if Fauci is a “stooge of the ruling class,” just who would you have stand in for Fauci as the medical man at the helm, daily with President Trump, imparting medical observations on The Red Chinese flu pandemic, to the American people? 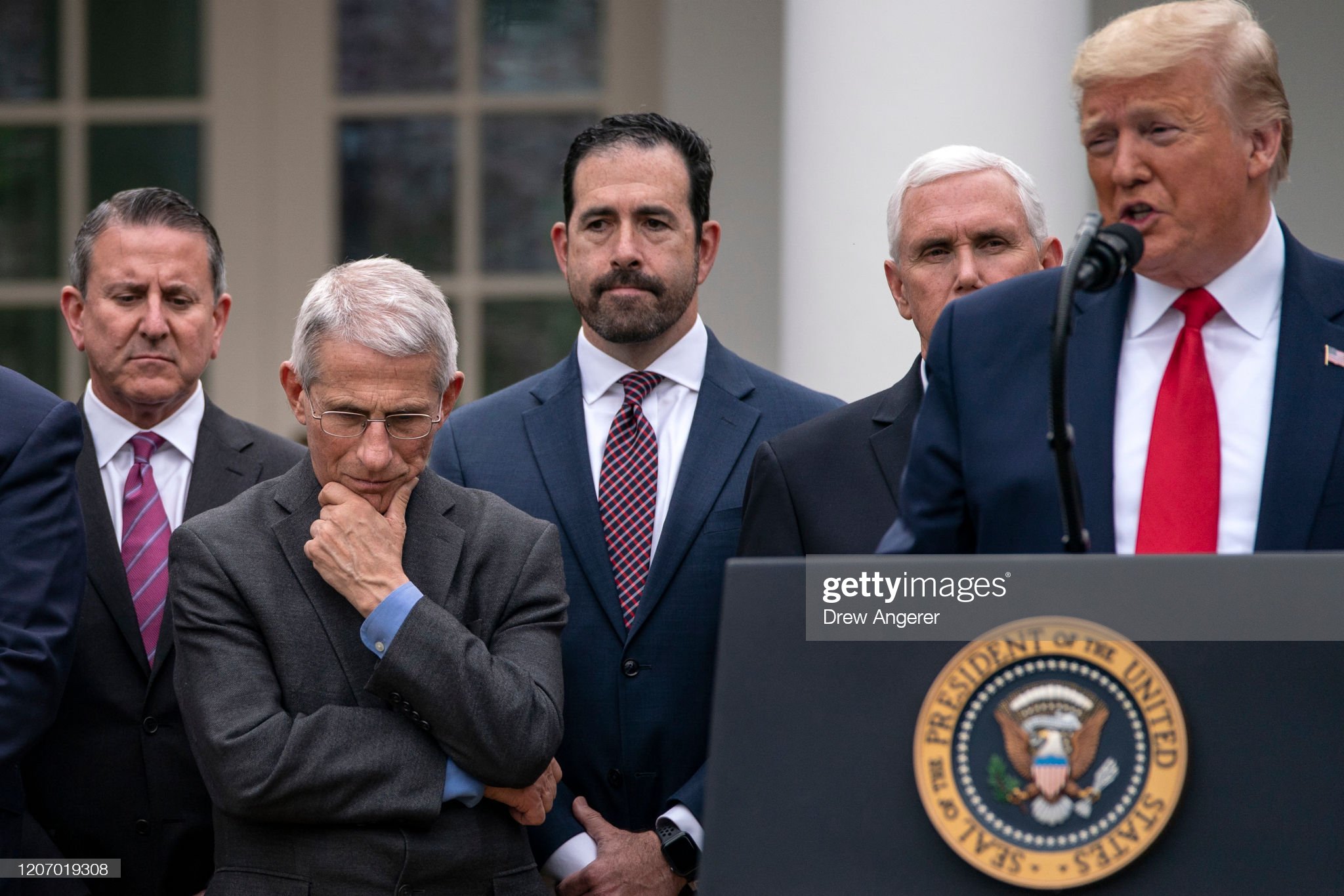 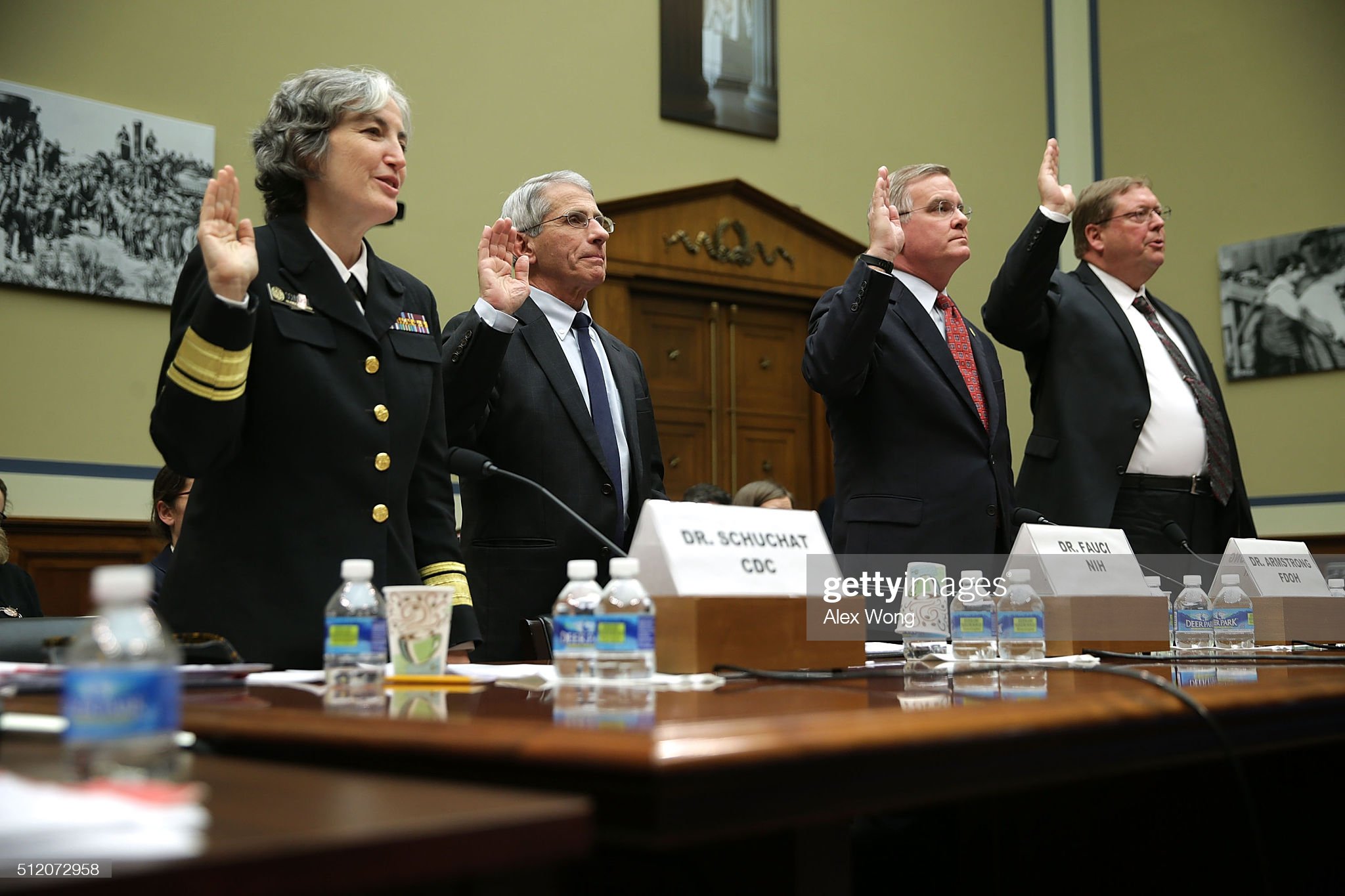 This commentary responds to notes left today from @POLITICO, whom I  thank and allow all requisite credit due:
~~~

The cues from right-wing media, as split as they are, could influence how much Trump listens to his infectious disease expert in the coming weeks.

To the vast majority of Republicans, the entire medical community and the country at large, Fauci is the government’s leading infectious disease expert, respected for providing Americans with consistent, factual information about the coronavirus pandemic — even if it means contradicting President Donald Trump while he hovers feet away.

But to a vocal minority of right-wing blogs and pro-Trump pundits, Fauci is the embodiment of the establishment forces that have been arrayed against the president since he came to Washington.

And those voices are getting louder amid rumblings about Fauci’s standing with Trump as the president itches to get the economy restarted in the coming weeks.

“A Deep-State Hillary Clinton-loving stooge,” read a Saturday headline on the American Thinker, a far-right website, latching on to a WikiLeaks-released email that showed Fauci praising Clinton for her Benghazi testimony as secretary of State.

Fauci needs to go. His love letters to Clinton are all the proof I need the guy is a Hillary plant.

421 people are talking about this

The narrative has even started to migrate to Fox News, a key source of information for the president.

“He’ll still have a job at the end of this, whatever happens,” Fox News host Steve Hilton argued during his Sunday night monologue on “The Next Revolution.” “Our ruling class and their TV mouthpieces whipping up fear over this virus, they can afford an indefinite shutdown.”

Fauci’s portrayal in conservative media circles could play a crucial role in the coming days as the country comes to the end of a 15-day period of social distancing and business closures intended to slow the coronavirus outbreak. While public health officials like Fauci have cautioned that the country will likely have to extend that period, Trump and his team are signaling that they want to get people back to work soon, by mid-April if possible. The cues from right-wing media, as split as they are, could influence how much Trump listens to Fauci.

“He obviously has the backing of the president right now, but a lot of people on the right in the grass roots are extremely skeptical of this entire coronavirus thing,” said Lee Stranahan, the host of “Fault Lines” on Sputnik Radio, a Russian government-backed media outlet. The coronavirus has killed hundreds in the United States and almost 20,000 worldwide, according to researchers and government officials, overwhelming hospitals and straining global medical supplies. Cases and deaths are expected to keep rising in the coming days.

For the moment, Fauci — director of the National Institute Of Allergy and Infectious Diseases since 1984 — still has the respect of large swaths of Trump’s supporters, reflecting the unique fissures that have emerged in the MAGA movement during the coronavirus. Trump supporters who praise Fauci also tend to believe the president should employ swift, severe measures — and keep the economy shuttered — as long as necessary to keep coronavirus under control.

In past, non-pandemic times, the right would have likely unified in rallying against a government official publicly quibbling with the president. But this time, reliable Trump boosters like Breitbart and the majority of the Fox News stable are leaving him alone.

“I think he’s obviously excellent at his job, and I think he’s aware that he’s on that stage to offer detail and help finesse language, and he seems cool with it,” said Raheem Kassam, the former editor of Breitbart London and host of the podcast “War Room.”

Fauci’s criticism of palace intrigue reporting on his relationship with Trump has endeared even more to this crowd.

“Mainstream media and several journalists, especially as it pertains to the White House press corps, are purposely trying to get Fauci to contradict Trump for a juicy conflict in the middle of a pandemic,” said Stephen Miller, a conservative media columnist who contributes to The Spectator USA, the American division of the long-time conservative British outlet.

The New York Times published an article Monday suggesting the president was losing patience with Fauci’s willingness to oppose him in public and in interviews, even as the NIAID director has gone out of his way to praise Trump to more conservative outlets.

“Mainstream media and several journalists, especially as it pertains to the White House press corps, are purposely trying to get Fauci to contradict Trump for a juicy conflict.”

Miller noted Fauci had implicitly rebuked reporters for asking questions that Fauci said were “pitting one against the other,” calling it “just not helpful” in the middle of the pandemic.

Instead, it’s the right-wing fringe that has been going after Fauci, largely due to the fact that he tamps down Trump’s excitement over quick-fix solutions, such as the antimalarial drug hydroxychloroquine, his desire for stringent restrictions on gatherings and his publicly dire predictions about the potential death toll that are at odds with Trump’s more optimistic outlook.

These figures have been latched on to Fauci for weeks, even if their comments weren’t initially gaining much traction.

“The guy has been around for 50 years yet never thought to prepare for something like this?” griped John Cardillo, a pundit for the Trump-friendly Newsmax, in a March 13 tweet. “Every time he speaks he makes things worse. Maybe he is the problem, not the solution.”

“I think a lot of people at this point are looking for an explanation for the very confusing, unprecedented events going on in the world,” said Stranahan, who vehemently opposed attacking Fauci.

Trump on Tuesday tried to quell any rumors of dissatisfaction with Fauci, who was noticeably absent at Monday’s White House coronavirus briefing and a Tuesday afternoon virtual town hall on Fox News.

But then Fauci was there again, at the president’s side, Tuesday night during the latest coronavirus briefing. And Trump praised Fauci early in the day, calling his performance as “very good,” and even appearing to make light on Twitter of a much-shared meme showing Fauci facepalm as the president jokingly used the term “deep State Department.”

Regardless, Trump does have a history of sidelining administration officials who disagree with him, from former White House counsel Don McGahn to ex-Secretary of State Rex Tillerson.

CORONAVIRUS: WHAT YOU NEED TO KNOW

The Senate is expected to vote Wednesday afternoon on a mammoth $2 trillion rescue package designed to blunt the economic fallout from the coronavirus pandemic.

In this case, however, much of the conservative world, including many Trump supporters, would prefer to keep Fauci in his role.

“What I would say to the president is that we’re all in this thing together and people have come to recognize Fauci alongside Trump as a solid team up there, so why change it?” Kassam argued.

“Dr. Fauci Wants America to Become a Police State Like China in Order to Stop Coronavirus.”