Percy Bysshe Shelley was a very pretty young man with very sad eyes, who left us terribly young, lost at sea, and yet managed a wonderful surprise for us–one of the best poems ever penned and, for having penned it, insured his immortality.  Yet, very wisely, he did not pretend to be God.

In this, our, on-going, chronicle of the suicidal saga of a young and restless people called the Americans in the fading light of their late First Empire wherein, vanity run all amok we find:

Man was made God and dwelt amongst them.

As man’s seemingly, ungovernable vanity, is our topic this day, we are wise to visit with also here, very briefly, Aristotle, Stalin, Hitler, Mao of the Chinese and, thank God, young Shelly for our closing poem, Ozymandias, itself a derivative reference to Ramesses II, the Great One, third Egyptian Pharaoh, and yet another in an endless line of  Tin Gods with very high opinions of themselves and yet, somehow, despite their grandeur, today largely lost and forgotten to Lady History, and on tomorrow, forever neglected and ignored by Her.

Aristotle cautions us that the highest attainment of man is to: think.

That is what he would have us do to be free men and wise.

To spend all our day: thinking.

The Americans are a juvenile and boastful people who, today, are not fond of thinking at all, much yet all day long, but they are very fond of preening pomposity and they say—thus, brashly:

This is odd as, if the Americans were to think—not all day–just a bit–about this comment, they would realize it for the rash braggadocio and silliness that it is.

Beyond dispute, all is coincidence.  All is accident.  We experience the accident of birth, marriage, leaving home 5 minutes too early or too late and getting into, or not getting into, a fatal car crash, being in the right place or wrong place politically when the wheel goes ‘round–accidents of history–accidents of life.  Your stocks and bonds go up or down.  You control nothing.  There is nothing to brag about.

The Americans, are disposed by their frisky young traditions to entertain all manner of  feints of vanity.

They will tell you:

You make your own luck, do you?

chiefly remarkable because luck is, of definition:

The Americans of this present time are very boastful and vain.

This vanity is both painful and hilarious to watch.

The ultimate vanity of course is for man to presume to become:

The Americans did not invent this presumption and will not be the last civilization to cultivate this whimsical idea.

Very recently in history Joseph Stalin, Man of Steel, provides us a good case study in this vanity.

Stalin was virtually illiterate, save a few years in a seminary school to train to wear God’s cloth, an education he shared with both Mr. Hitler and your writer.

Despite his poverty and lack of book learning, Stalin, like Hitler, understood uncannily the nature of the people he used to further his monstrous vanities and lusts for power and dominion.

Stalin had an intuitive sense of the Russians that is truly remarkable to contemplate.

He used this intuitive knowledge not only to subjugate and murder the Russians but likewise to make himself into:

The Russians are a very sad, very simple, people to observe through the lens of history.

God and His Church, The Emperor and the Motherland.

Stalin, the illiterate, systematically became all three of these touchstones.

Becoming the Emperor was easy.  After Stalin’s sponsor, the frail and mentally confused Mr. Lenin, went to meet his Maker, or wherever communists imagine they go when they leave this globe, Stalin took power with a gun and became the New Emperor.

All the icons of the Church were torn down and burned.

The priests were beheaded, a decapitation so symbolic that the simple Russians understood that Stalin was now God.

All ornaments that hung inside the doors of all Russians, no matter how low their station, were taken down and, by decree, replaced with portraits and visages of the new God, Stalin.

At, what had been celebration of Christmas and other civilized, high feasts, Stalin’s smiling image was adorned with festive wreaths and lights—he was indeed God—the Babe Jesus Himself.

Motherland Herself, was a tad more dicey a vanity to satisfy—but here, his erstwhile ally, Mr. Hitler, lent a hand in the summer of 1941, by invading Russia.

After a fortnight of frenzied, alcoholic haze in his dacha outside Moscow, a stunned Stalin observed the arrival of his high command, of men who had been unwilling to act without his command, and Stalin thought the game was finally up for him.

The Man of Steel assumed he would be arrested and butchered as he had done so many times to so many others himself.

Instead, the high command, not realizing his momentary weakness, held Stalin high aloft and made him their leader at war—they made him:

I remember him here because his singular vanity, to presume to become God, is now a vanity of the Americans.

The, now complete, addiction to the notion that man can become God is an American vanity acquired gradually.

Many of the unlettered are today fond of saying for instance: “I am spiritual but not religious,” a hilarious comment, utterly devoid of meaning always tendered with the greatest of doe-eyed, feminine, earnestness.

When I ask, both quizzically and comically:

“Well, I see, you are spiritual but not religious—I can’t think what the devil that means–please tell me now,” none can answer–such is the vapidity of modernism.

They don’t know what it means—this, their own profession of the new faith.

Those who are called today among the Americans “progressives”—a very odd word given progressivism’s invidious intentions, realize, as did Stalin, that banishing God is a most necessary precursor to making Man into God.

That is the objective—not to be without God but to instead: become God.

So, we “progress,” from God made man—Christmas Day—to Man made God—progressivism.

Man’s vanity never ceases and is both startling and hilarious at one and the same time.

In keeping with the objective to make man God, we are told:

“I do not believe in a Creator or in any afterlife—heaven and hell and all that sort is for hillbillies.”

The, for now, dominant, strain in American culture being progressivism, man will soon think himself successful in having become God.

Man will control the weather and the ebb and flow of the tides and the seas we are told, as man progresses to be God.

Mr. Stalin would be jealous of our brashness.

The Americans, as earlier with Mr. Stalin, as with Mr. Hitler and Mr. Mao of the Chinese, will be very disappointed in their overreach in attempting to replace God with man.

These three named earlier tyrants are all gone now and forgotten to most but for old men such as myself, and, very, very soon, to all men.

The Americans are a kindly, strikingly and uniquely charitable, but silly and hopelessly young people.

They cannot remember, if many of them ever knew, of the vanity of man through history.

Their present day Tin Gods, who boast they will raise and lower the seas and likewise control the ebb and flow of the tides and control the storms and the temperatures up and down will be not ever become True God but remain mere mortals, who will shortly pass on to, wherever it is that:

Spiritual, but not religious, progressives think they go when they die and–horror of horrors, be forgotten, in the blink of an eye.

The onrush of history is savage, relentless and swift.

No man endures, all crumble and die and new tyrants holding fast to new vanities arise, have their brief moment in the sun and then, simply vanish into oblivion.

The Americans, in this, our saga of their late first Empire, evidence a singular silliness.

The American progressives seek to mock God and His Believers, yet they wish desperately to become God themselves and assume His Duties.

What greater vanity could man divine than that?

The Americans are a hopelessly young people, just getting their sea legs, really.

As such, they should be forgiven freshmen errors to a very large extent.

Yet, their vanity is today, of a fully mature, upper classman’s,  presentation. 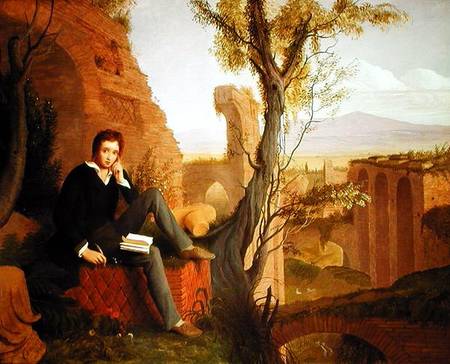 I am both saddened and amazed by the Americans.

They held such promise for the world.

Yet today we have men of prominence in the nation who seek an office far, far, too high to reach.

Rather than be satisfied, and, yes, humbled, by high office and positions in government ministries, American men today seek to be God Himself.

This can never be and is comedic to consider really.

I am sanguine they will not, but duty compels I suggest they read this startlingly riveting, wonderfully beautiful,  poem on the vanity of man, likely the best admonition ever penned about just:

How great thou art not: 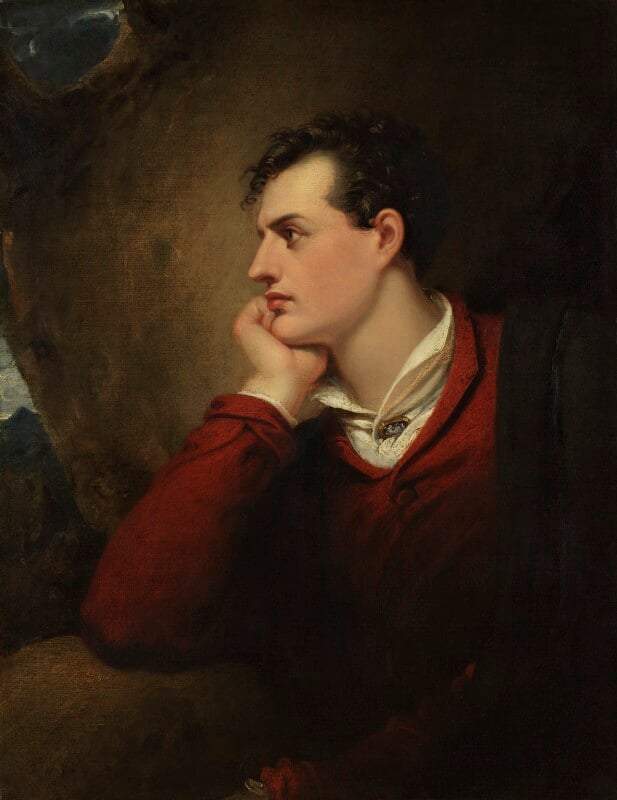 I met a traveler from an antique land,

Stand in the desert.

Near them, on the sand,

Half sunk, a shattered visage lies, whose frown,

And wrinkled lip, and sneer of cold command,

Tell that its sculptor well those passions read.

Which yet survive, stamped on these lifeless things,

The hand that mocked them and the heart that fed.

And on the pedestal these words appear —

“My name is Ozymandias, king of kings:

Look on my works, ye Mighty, and despair!”

Of that colossal wreck, boundless and bare

The lone and level sands stretch far away.’ 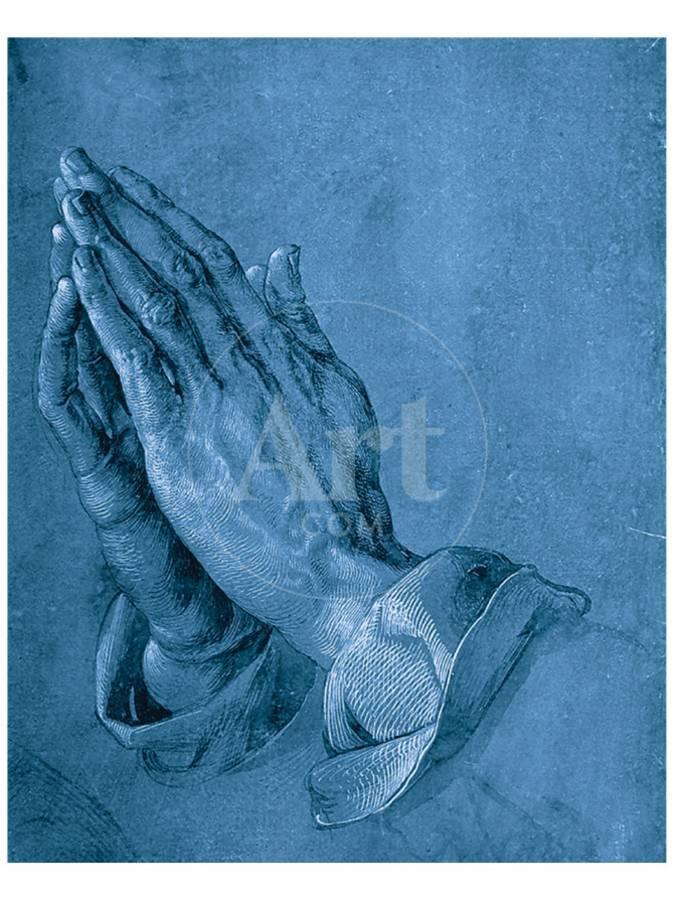