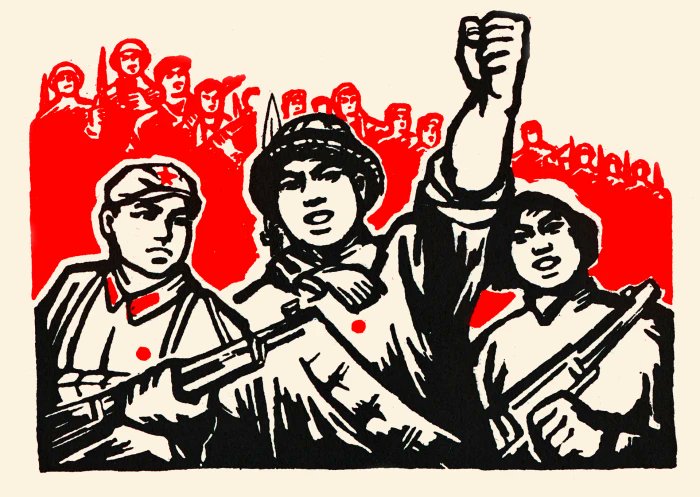 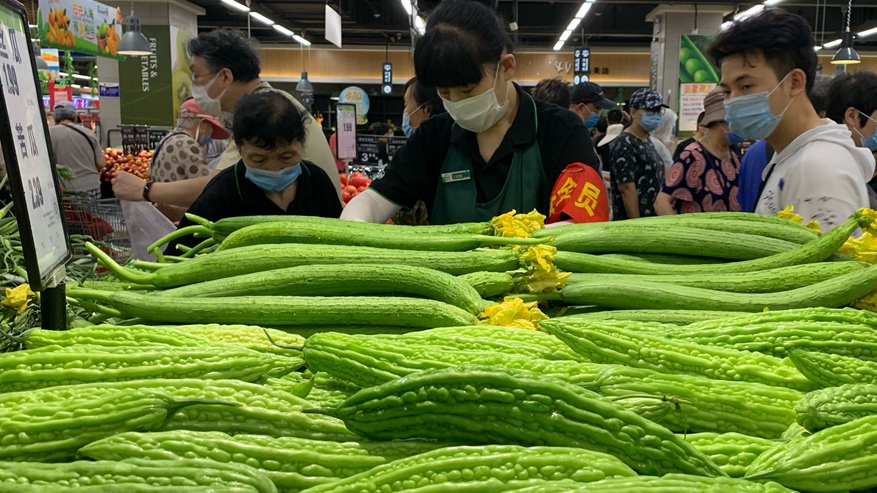 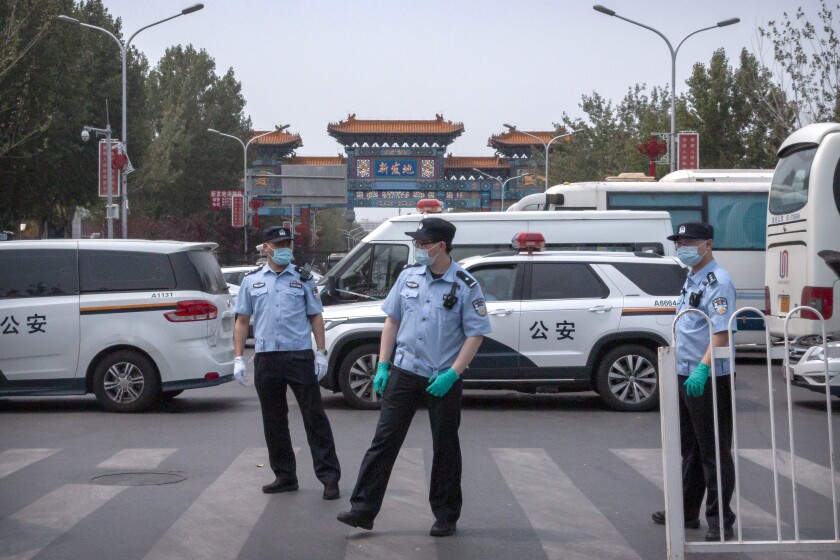 Red Chinese policemen stand guard outside the Xinfadi wholesale market in Beijing, the site of a new coronavirus outbreak.
(The Yomiuri Shimbun via AP Images)

Several districts of the Chinese capital put up security checkpoints, closed schools and ordered people to be tested for the coronavirus on Monday after an unexpected spike of cases linked to the biggest wholesale food market in Asia.

After nearly two months with no new infections, Beijing officials have reported 79 cases over the past four days, the city’s biggest cluster of infections since February.

The return of the coronavirus has shrouded Beijing, home to the headquarters of many big corporations, in uncertainty at a time when China is trying to shake off the economic torpor caused by the disease.

The outbreak has been traced to the sprawling Xinfadi market where thousands of tons of vegetables, fruits and meat change hands each day.

A complex of warehouses and trading halls spanning an area the size of nearly 160 soccer fields, Xinfadi is more than 20 times larger than the seafood market in the city of Wuhan where the outbreak was first identified.

The new cases have led to officials in many parts of Beijing reimposing tough measures to stifle the spread of the virus, including around-the-clock security checkpoints, closing schools and sports venues and reinstating temperature checks at malls, supermarkets and offices.

Beijing residents were also advised to avoid crowds and gathering in groups for meals.

Some districts even sent officials to residential compounds in what they described as a “knock, knock” operation to identify people who had visited Xinfadi or been in contact with people who had.

None of Beijing’s 16 districts have been hit by a blanket lockdown.

But access to the neighbourhoods of the people who were infected have been blocked as nucleic acid tests are being administered to residents.

The 11 neighbourhoods around Xinfadi and 10 others near another market have also been sealed as 90,000 residents undergo tests.

The World Health Organization said on Sunday it was informed of the outbreak and an investigation by Chinese officials.

“WHO understands that genetic sequences will be released as soon as possible once further laboratory analyses are completed,” it said in a statement.

Foreign ministry spokesman Zhao Lijian, when asked whether China had shared data with the WHO about the cluster, told reporters he was not aware of the specifics but China and the WHO were in close communication.

An epidemiologist with the Beijing government said on Sunday a DNA sequencing of the virus showed the Xinfadi outbreak could have come from Europe.

“The pattern of mutation and transmission of the new coronavirus is not yet fully understood, and with the epidemic still spreading overseas, the situation in the capital is very severe,” said Xu Hejian, spokesman for the Beijing city government, told a news conference.

Governments in other parts of China warned residents against non-essential travel to the capital, and implemented isolation protocols for visitors from Beijing.

Wang Xiaoyang, who works in public relations in the southern boomtown of Shenzhen, said she got a text message from authorities telling her to stay at home for 14 days after returning from Beijing on Friday.

The northeastern province of Liaoning and Hebei in the north reported a handful of cases linked to the Beijing cluster. Sichuan in the southwest reported one suspected case.

“Every gate to Baoding should be strictly guarded to prevent the contagion from spreading,” state media quoted officials as saying.