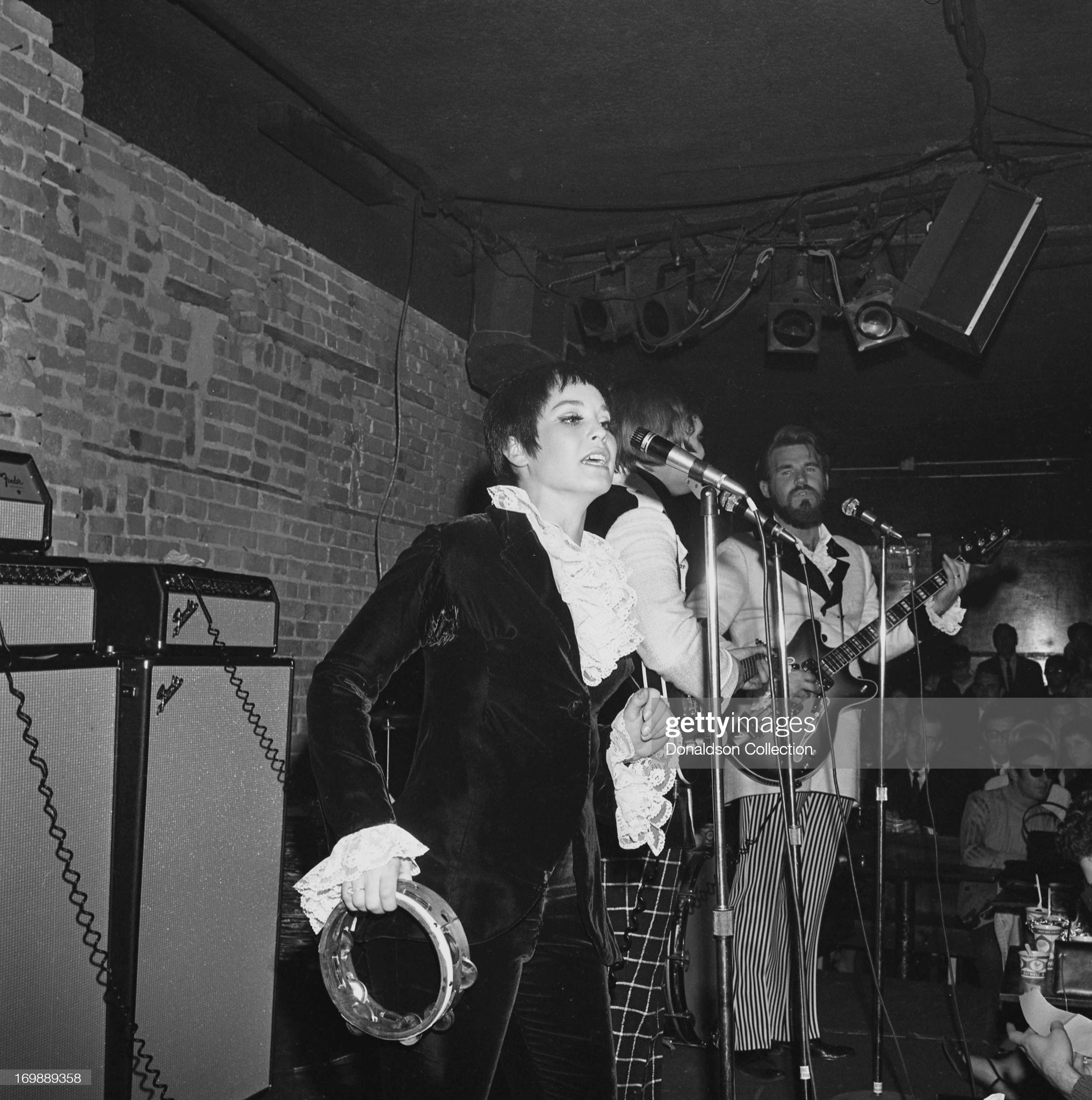 Thelma Camacho was there for Kenny Rogers & 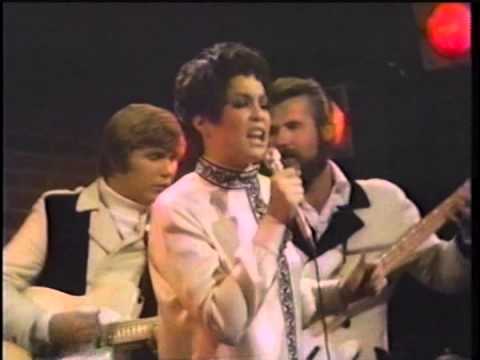 It was 19-year-old Thelma Camacho who bravely took the
stage for Kenny Rogers and
the First Edition in their first live
television performance in 1967 on
the Smothers Brothers Comedy
Show.

With Kenny Rogers standing in the background playing bass
guitar and singing harmony, the
young Camacho stood solo as she
belted out the song,

“I Get A
Funny Feeling.”

It was a very difficult song, more of a Julie Andrews number opposed to the
psychedelic sound the viewing audience expected. The fact of the
matter was that Camacho was the
only member of The First Edition
who was equipped to stand alone
before millions of television viewers.
Camacho spent four years with
Kenny Rogers before Kenny
Rogers was Kenny Rogers.

He financed The First Edition when it
split from the New Christy Minstrels, beginning his own career in
the entertainment industry that
eventually rivaled the best.

Although going on to earn a successful life for herself and family,
Camacho would not be around for
Rogers’ greater fame and fortune.
Talking by phone from her jewelry
manufacturing headquarters in
Chula Vista, Camacho said she
still owns one-fourth of The First
Edition. She penned about six of
the group’s songs but said she
could not comment further.

Camacho appeared on the first three albums by The First Edition.

Camacho was not included with
other members of The First Edition in a 2012 television tribute to
Kenny Rogers for his 50 years in
the recording business.

Camacho
said she “probably will not attend”
a Kenny Rogers show near her
home on March 21, when Rogers
appears at the Belly Up Tavern in
Solana Beach.

She last saw Rogers
22-years ago when he visited she
and her husband, executive producer Robert Ivie when they lived
in Dusseldorf, Germany.

“Did I
think Kenny Rogers would grow
into such a superstar. Yes!” said
Camacho.

“When we started The First Edition, Kenny was 30 and the rest of
us (Mike Settle, Terry Williams)
were much younger. We were all
to share the lead vocals. It was not
to be just Kenny.

But Kenny was
ambitious. Pushy. A good talker.
He was the promoter and we were
young and didn’t realize the things
that he knew. We thought, OK, if
he wants to do all the talking. Let
him talk. Hey, I was actually getting paid to sing,” said Camacho.

Her years spent as a opera
singer showed in her polished presentations.

At 14, Camacho was
already fronting the San Diego
Civic Light Opera and by 16, she
was singing in Italian on numbers
written by Mozart, Verdi and
Bellini. Since she was 3, her parents groomed her to tackle the operatic classics, not the classics of
Janis Joplin or Mick Jagger.

“Needless to say, my parents were
terribly disappointed when I joined
a pop band.

Especially since I
turned down a scholarship to study
opera in Milan,” said Camacho.

With Kenny Rogers and The
First Edition, Camacho was able to
fulfill her childhood dream of appearing on the Ed Sullivan Show,
once the top TV variety show in
the world.

She also appeared with
the group on the shows of Red
Skelton, Johnny Cash, Andy
Williams and Mike Douglas.

But
with all the adulation and popularity of The First Edition, Camacho
started feeling the stage shrinking.
Rogers needed more room.

She
knew she was doomed immediately after the 1968 Ed Sullivan
Show date.

“Ed Sullivan introduced us as Thelma and the Boys
and then Sullivan asked me to sing
a solo. The curtain dropped behind
me and the band was behind the
curtain. I knew I was through,” explained Camacho.

Camacho said she never was late
to gigs or missed rehearsals as
claimed by former band member
Mickey Jones, who said that Camacho was fired. In his book,
With Luck or Something Like It,
Rogers wrote that Camacho was
let go because she had fallen in
love, was tired of touring and perhaps didn’t agree with certain decisions. 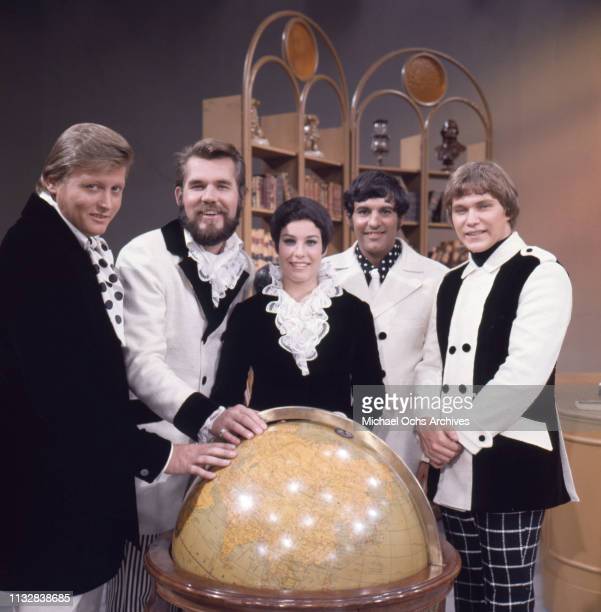 Rogers said the split
“didn’t come as a shock or disappointment to her.”

Camacho responded that she
did not agree with Roger’s explanation. “I have no animosity or hatred. I got married and had a young
son. I didn’t want that lifestyle.

It’s
cut throat and full of back stabbing.

I received enormous adulation from The First Edition. 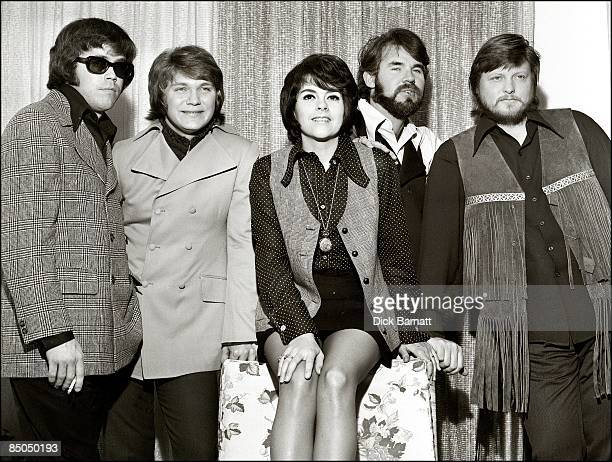 I always wish Kenny well. We had
our differences but I think all
members of bands do.”

She later moved to Europe where
she and Ivie collaborated on commercials, sound tracks, and videos. 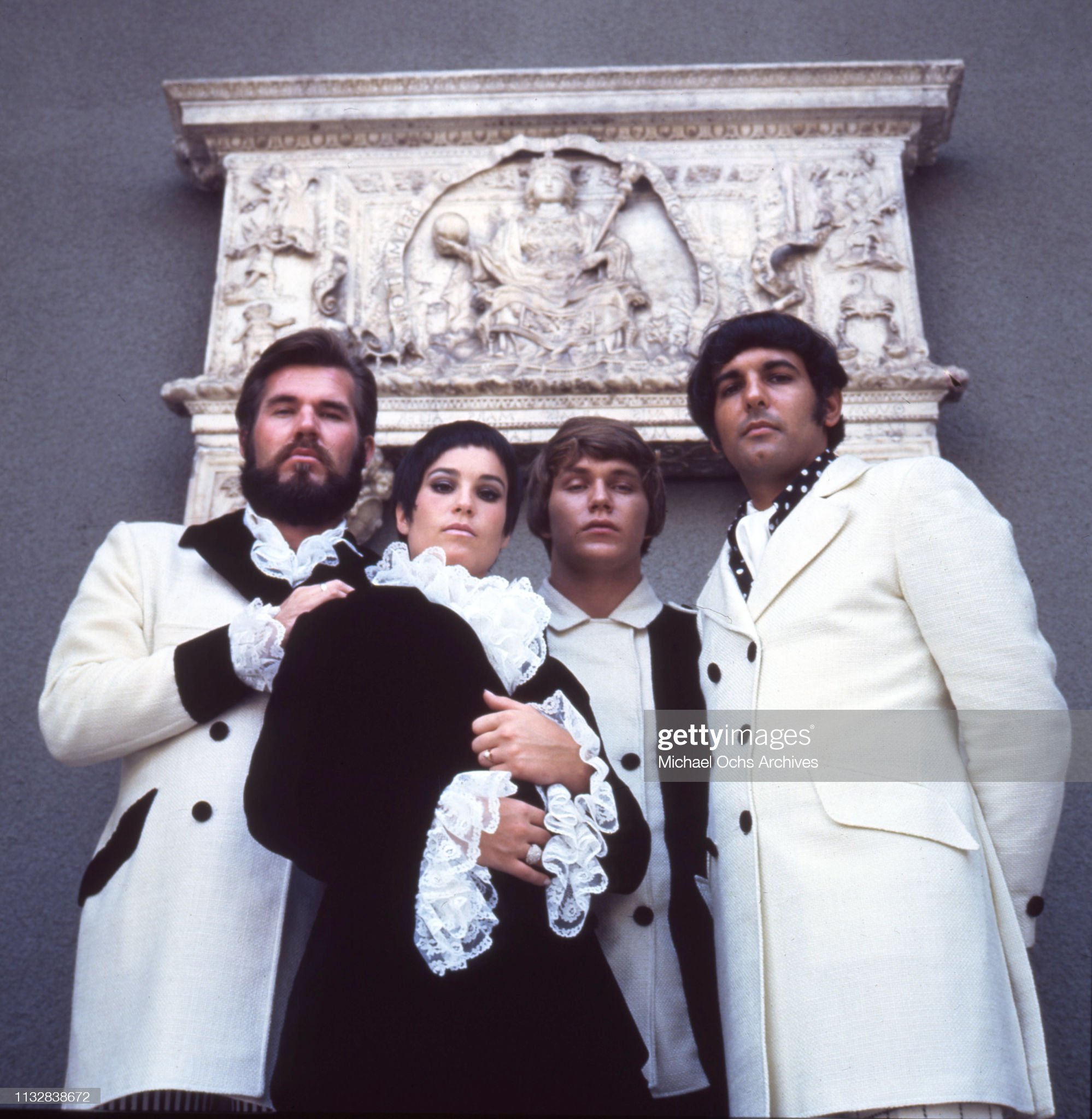 She designed fashion and jewelry
for Bavaria Film Studios in Germany. Thelma Camacho Jewelry
is currently distributed in Spain,
Beverly Hills and throughout San
Diego County. Her cousin is currently compiling 60 years worth of
her songs on CD.

She said that she
has not performed since 1991, but
did not rule out singing smooth
jazz in the future.

Camacho was
also signed to Casablanca Records
in 1980-81 at the same time as
Donna Summer. Camacho admits
that she has forgotten a lot of her
past.

If Camacho had a downside, it
was that she was too finished for
the pop music scene. As a folk
singer she was on par with Joan
Baez and much smoother than
Janis Joplin or Grace Slick. 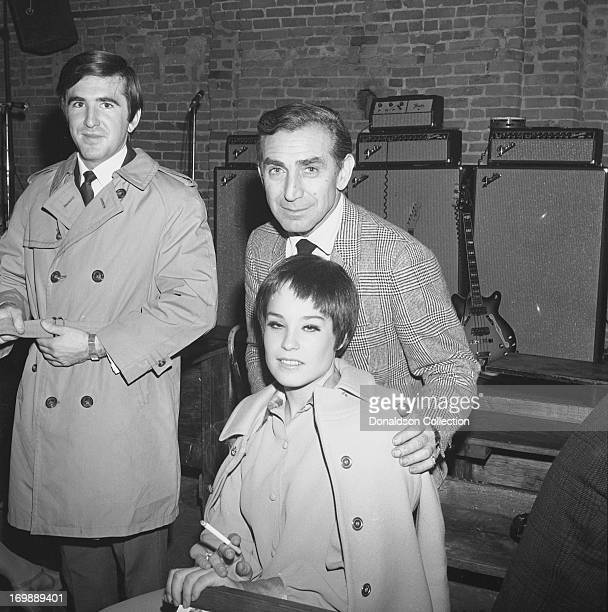 While
the 74-year-old Kenny Rogers
reached unquestioned milestones,
it’s still not too late for an operatically trained singer in her mid60’s. 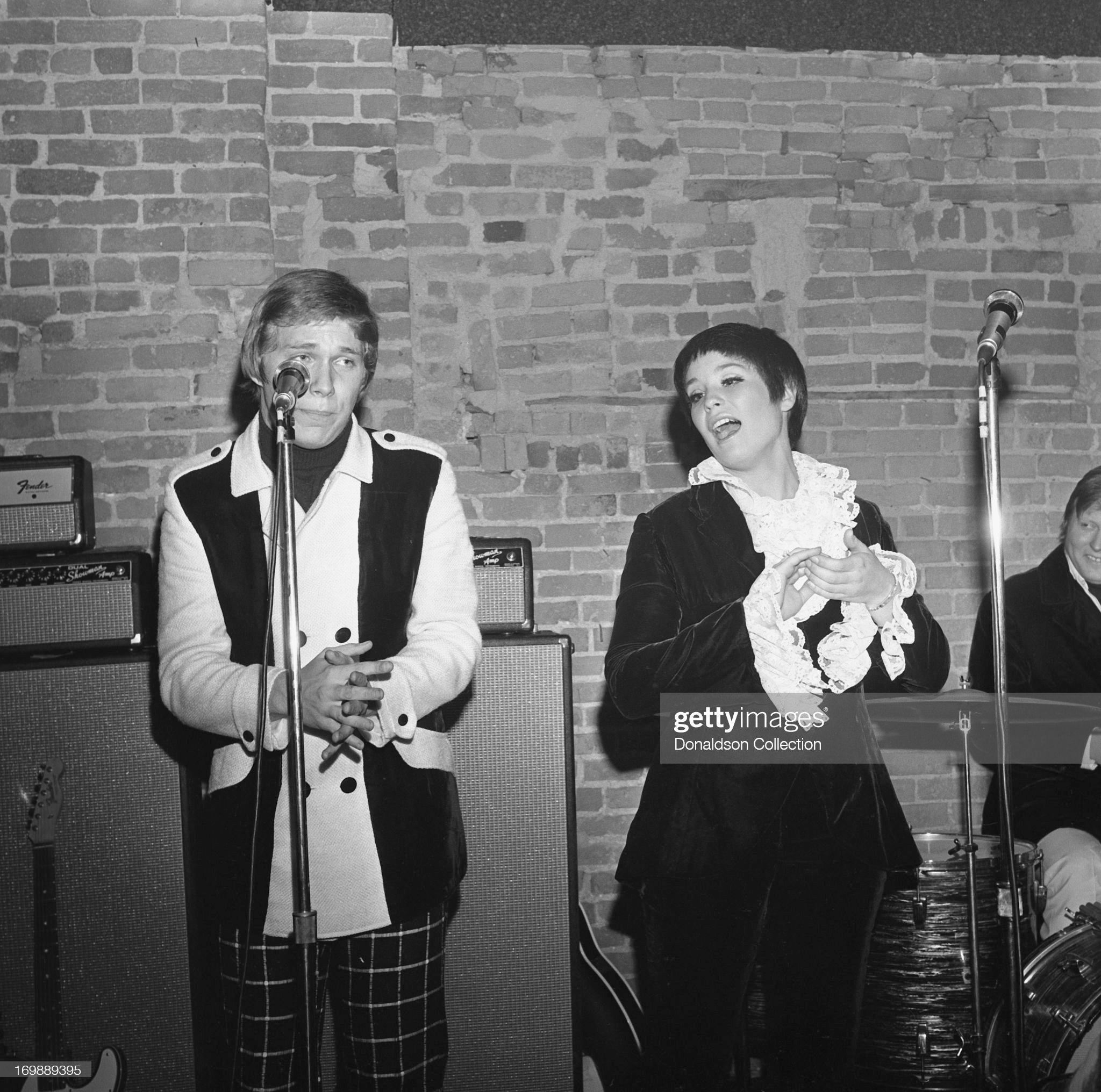 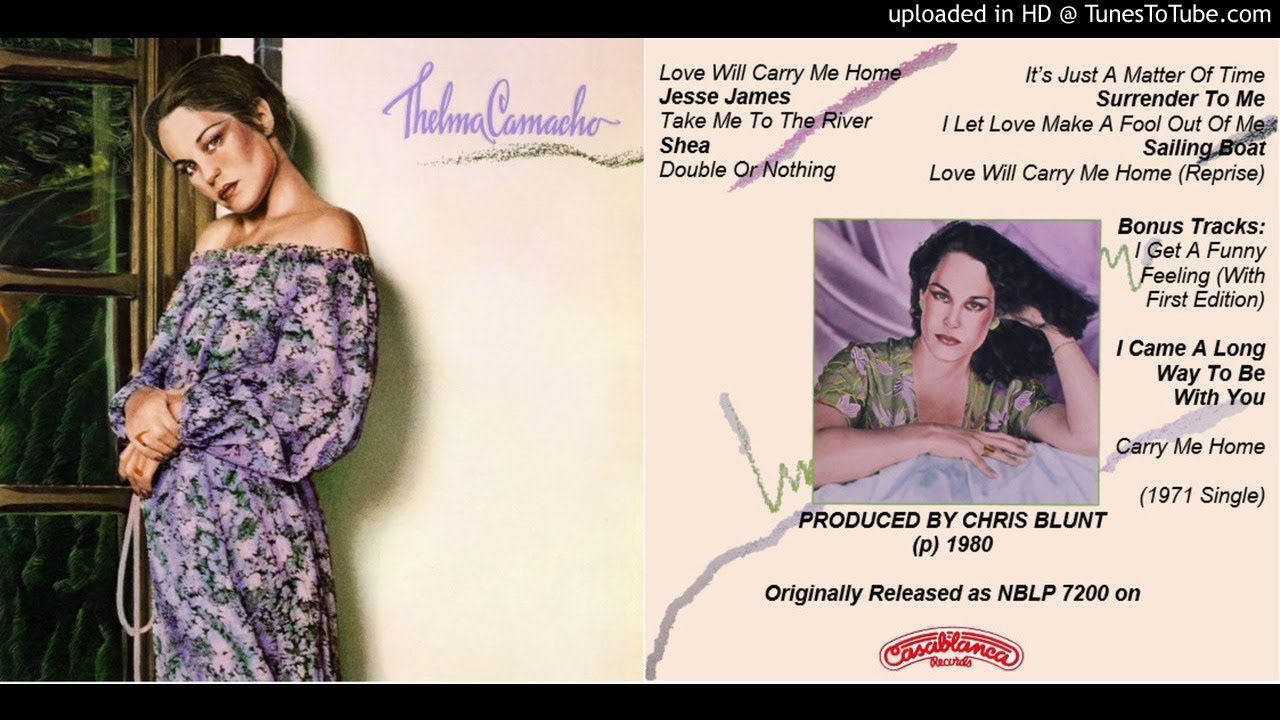 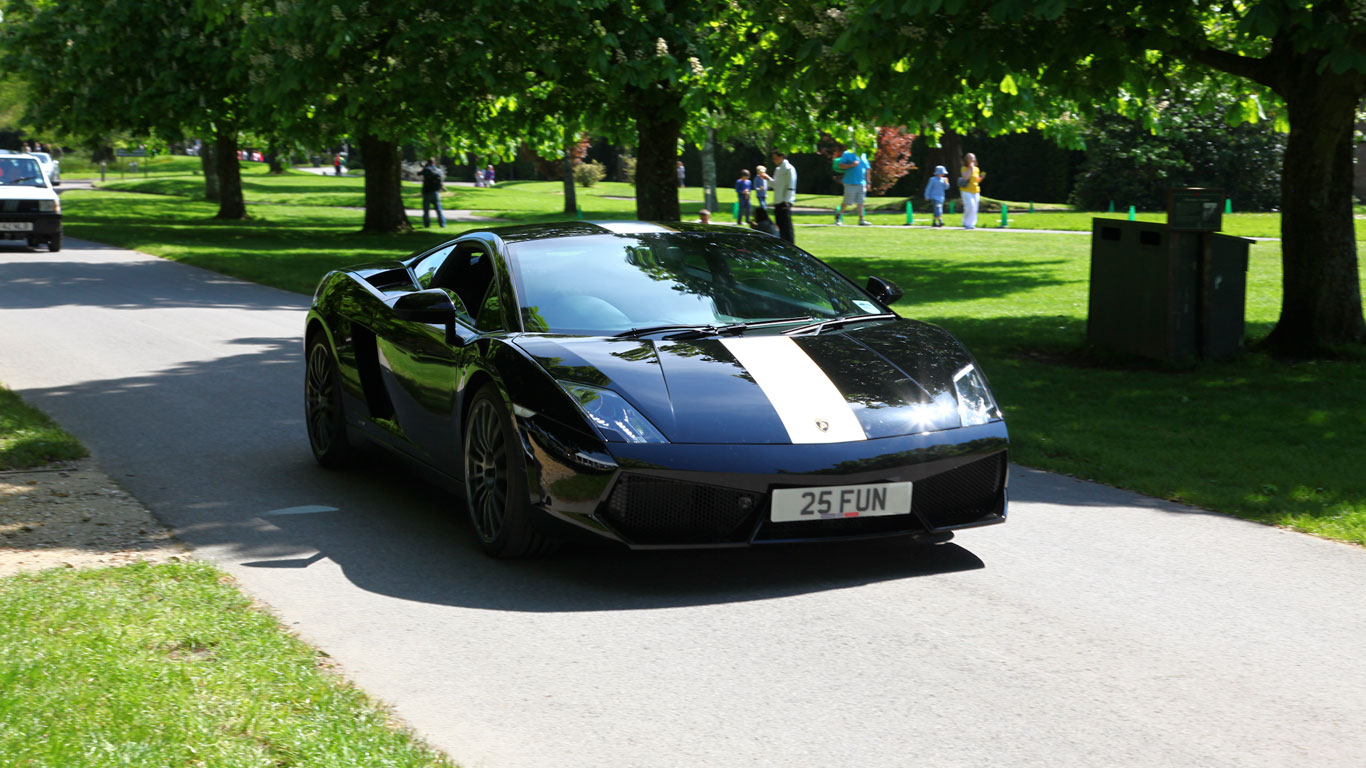