Mr Jobs and Mr Gates liked to indulge a fantasy about themselves that they were on concurrent missions to “change the world.”

While about the amusingly sanctimonious business of “changing the world,” Mr Gates and Mr Jobs ably demonstrated that exercising the option to illegally back date financial instruments certainly is one way to dramatically change:

Perhaps, in an earlier day, Mr Rockefeller felt a similar missionary call to change the world.

Fantasy taken to extreme can be seen in Mr Rockefeller who was fond of saying that:

“I believe that the ability to make money is a gift from God.”

In case Mr Rockefeller, now joined by Mr Jobs and likely enough soon by Mr Gates, hasn’t by now learned this lesson in the Heavens above, everything of this earth, to and including desperate poverty, is a:

Were these men out to “change the world,” or were they simply marginally more successful hustlers and money grubbers than the rest of us? 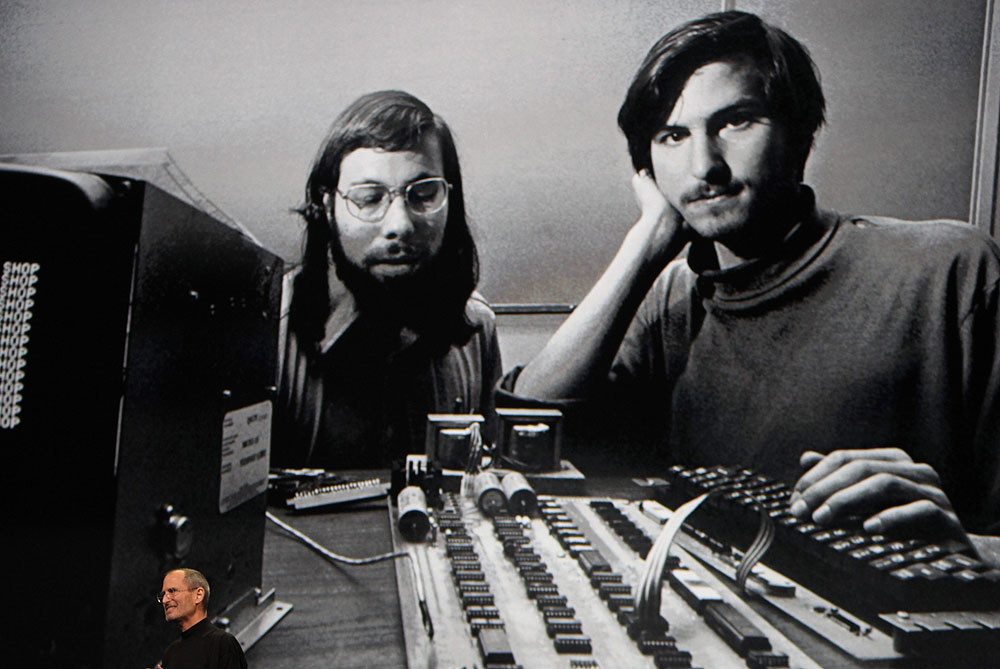 We can’t know about those sorts of motivations, because what is in a man’s heart is only fully known to God Above, but we can have a peek at what those men spent their days of missionary zeal doing.

Of Mr Rockefeller’s financial behaviour, we haven’t much to add that hasn’t been already written.

On evidence, while he had far, far better tailors and barbers than Gates or Jobs, before going bald, Mr Rockefeller spent his days of missionary zeal with one principal aim in mind:

Evading taxes on that money.

Yes, that’s right, not mere avoidance of tax, which is every American’s right, and indeed his solemn familial duty, but outright evasion, which is a very serious criminal act.

I detest taxation, which is simple theft and nothing more or less than that, fully as much and likely far more than do most, and I am disinclined to pay any more of it than is mandated by law in bold black letters.

Today, there is a pagan vanity indulged in certain quarters of the, vastly over paid, press services, at this Capital and at New York that, as Mr Will has written, now more than once:
~~
“Americans are under-taxed as a nation.”
~~
Our Mr Will prides himself on writing elliptically and we are left guessing as to the meaning of the “as a nation,” element of his comment here, but, we are all Englishmen in this audience and we do get the general drift:
~~
Mr Will likes taxes.
~~
He likes them!!
~~
We have written a bit of Mr Will here:
~~
http://johndanielbegg.com/2014/09/23/george-will-now-dying-blames-the-presbyterians-for-his-atheism-i-dont-quite-know-what-to-say/

~~
Perhaps proximity to Presbyterians in, his now waning days, has caused this frailty of thought in our Mr Will.  Perhaps our Mr Will has taken to drink.  We cannot say for certain.  We can say this:
~~
Any man who tells you that he is willing to pay, he is wanting to pay, he is waiting to pay, more taxes than he is legally required to pay, is a mental defective whose family ought to quickly take him in front of a judge to have that man say in open Court that:
~~
“I am willing to pay, I am wanting to pay, I am waiting to pay, more tax than I now legally owe,” and in that Court, be adjudicated, on the spot, as: non compos mentis to protect himself, his family and the society at large.
~~

That all laid down to bed, it is generally true that big money boys don’t care much, and never have, how they make their money.

Mr Gates, just as did his now dead friend Mr Jobs, has any number of financial questions to answer, not the least being about his spending an inordinate amount of his time huddled with lawyers and accountants to sort out ways of back dating options to add yet more billions to his already expansive wallet.

This is not a trivial matter.

Back dating options is a go to federal prison felony for normal investors.

Mr Jobs now is beyond federal jurisdiction and will have to face a Higher Court for his malfeasance.

Mr. Gates ought to face an American criminal Court for his avariciousness.

That all said, the principal difference between the “changed worlds” brought to us by Rockefeller, Jobs and Gates, set beside the pedestrian worlds, of ordinary Americans is that:

The rules that apply to anyone else, somehow just:

Don’t apply to, very rich, boys who are on a mission, from God, to “change the world.”