As it is now the Christmastime, any note having to do with the, monumental influence, of women in all our lives must, appropriately, begin with a votive to the Virgin, without whose, forming, of the Baby Jesus, man, lost soul that he is, would lack any hope of Eternal Redemption and Return to The Garden called Eden, from whence man came to earth.
~~
Four Geels who formed me:
~~
Man may very well rule the world, but woman, forms, the man who rules the world.
~~
I never knew my father and was raised by three family ladies and one servant geel, all of whom did for me, strikingly singular and remarkably different things:
​

Munny lived a life of quiet agony and despair, bore me and died, while yet a pitilessly, young geel. 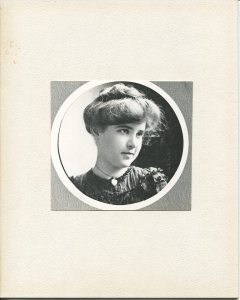 Nana taught me all of what there is, of consequence, to know of society and the world. 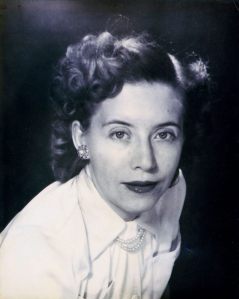 Stepmother Catherina Beck, a German geel with a decidedly Germanic personality, from, I think, Bavaria, at any rate from the Catholic region over there, who took on the, indubitably thankless task, of pinch-hitting for Mummy and Nana and did far, far better than most any other could have done at that task.

While, I am who I am, in the main, because of the three, pictured, ladies one other, very much deserving of mention, was a coloured servant geel called Hortense Macon, Girl of the Garden, from Vicksburg, Mississippi, of whom, crystalline memory, but lamentably, no picture, remains or very likely, was ever taken.