Friends in need~~Friends in deed.
~~
The Almighty has His Own Purposes~~Among those perhaps~Poetic Justice~as these vicious, vile and violent men who stamped the Horrific Cancer of Communism upon their Nations, will both perish of other Cancers~~of Their own acquisition.
~~~
For Venezuela, now in her black mourning cloth, now in her Babylon, we pray for her liberation from the Communists.
~~
Yes, Venezuela will be free again.  Pray God, very soon of that. 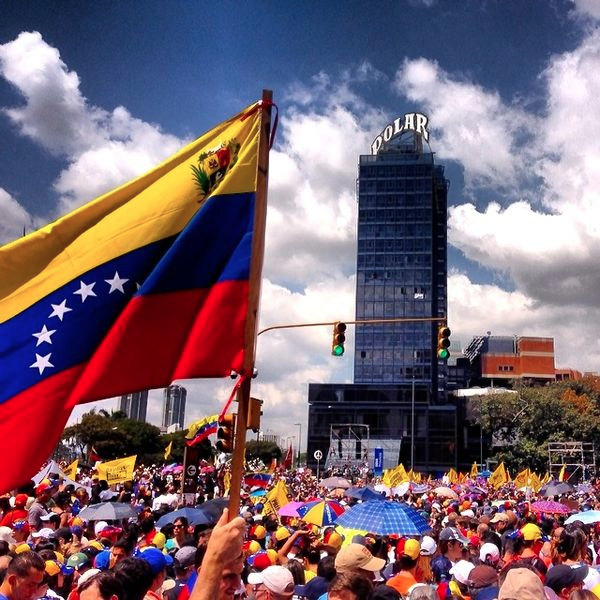 When She is free once more:
~~~~
Pray God that She will remember always the recent lessons of Peru and other lands, that:
~~
The Cancer can:
~~
RETURN.
~~
While we do so pray, we ask that Venezuelan patriots and patriots everywhere make an earnest oath to remember the Babylon of Communist tyranny after it ends and to not fall into silly, yet harrowingly dangerous, internationalist children’s flirtations with talk of progressivism that lead Venezuela and so many other countries into their Babylon to begin with.
~~
Today, the word Communism is never used as people everywhere, know it, hate it and fear it.
~~
So it is that the proponents of Communism, must use other words to trick the young, the naive and the stupid into following them.
~~
Today, principally, the word the Communists use to describe themselves is a bromidic, friendly and harmless enough sounding word called:
~~
PROGRESSIVISM.
~~
Know all here who read that Communism and progressivism mean the same thing.
~~
We pray God that when She is, once again, free of the Horror of Communism, Venezuela and Her People will remember the lesson of their Babylon:
~~
Even as many in their region of the world have so neglected that lesson.
~~
In Peru, so sadly, the people have forgotten the lesson of their own Babylon of Communist terror and have behaved most unwisely.
~~
For more than a decade, the Nation of Peru was subjected to the most bloody and savage Communist attack imaginable brought on principally by the Peruvian Government’s learning too late the terror that approached them.
~~
For many years, the Shinning Path, a Maoist communist front that is very likely unparalleled in its murderous ferocity, and the MARTA, an indigenous Communist group that had mutated over the years to become a violent extremist organization, remained mostly in the sparsely inhabited Amazonian and Andean regions of Peru.
~~
As these groups appeared a distant threat, the people of Peru on the coast, and most particularly at Lima, the capital, paid little attention.
~~
The Army was sent out into the bush  to kill the Communists, but the majority of the citizens at Lima paid no mind.
~~
No mind at least until the unspeakable horror landed at their very doorstep and terrorized them for years:

Mr. Guzman, head of The Shining Path in Peru, most fervent acolyte of Mr. Mao, had some catchy posters made, was given many heavy weapons by the Chinese and did his level best to terrorize and destroy Peru,
~~
Until finally came to Peru:
~~
A Saviour.
~~
Came to them a:
~~
LIBERATOR.

Alberto Keinya Fujimori
~~
Mr. Fujimori promised to kill all the Communists in Peru.
~~
No matter the cost.
~~
And he fully delivered on that promise.
~~
Does the Liberator of Peru today have statues built to him, giving the salute of peace?
~~
NO!!
~~
Rather, the people of Peru have imprisoned the very man who saved them from the Communists.
~~
We  have published an article in the press services about that sad circumstance,
~~
Comme ca:
~~
https://johndanielbegg.com/2009/08/26/a-troubling-letter-concerning-a-great-injustice-re-alberto-fujimori/

~~
It is a sad and remarkable curiosity to observe how it is that people in many nations end up imprisoning their liberators and building monuments to their tormentors.
~~
So Sad it is that the people of Peru have imprisoned their Liberator.
~~
Far, far sadder still to say that they have replaced him with a Communist:

President Humala has a very pretty little wife, Nadine.
~~
Pretty little wives set aside,
~~
The fact that the Peruvian people have torn down, replaced and imprisoned their Liberator, Mr. Fujimori, proves to us this sad lesson and provides this dire warning:
~~
The Cancer can
~~
RETURN.
~~
These ruminations cause a right-minded man to ask:
~~
How does Communism first come to poison the bloodstream of a nation?
~~
Let us remember as we pray for Venezuela Libre, that there are reasons why Communism initially attracts such a very sad and melancholy type of man.
~~
The Communists everywhere come in large numbers from the Universities.
~~
Why?
~~
Because, the professor class is today consumed with a fiery hatred.
~~
These men are ignored, no one cares about them, they are ill-paid, they are ugly, they are resentful, they are envious, little men.
~~
I had thought once that I would follow my grandpere into teaching, as I do love history.
~~
Years ago, when I was at University, I asked the young professors why they seemed so unhappy and why they had all adopted in the History Department the sort of faux Communism that one finds so prevalent in the American Democratic Party today.
~~
They told me, very willing why they had adopted the conceit of Communism:
~~
“We are outcasts, John Daniel Begg”
~~
We are ugly, not pretty like you.
~~
We resent the pretty ones, the insiders, born to easy privilege and idle indolence.
~~
We see you drink all day and laugh and chase girls all night.
~~
We don’t get to drink and laugh and chase girls all day and night.
~~
We have studied very hard and we have these exalted degrees and yet nobody cares about us, nobody asks our opinion of anything, we teach boys like you and watch as you leave here and make more money in one year than we will ever make in our lives.
~~
“In short, John Daniel Begg, we hate you.”
~~
We hate the boys to whom everything is handed at birth and who never have to lift a finger in life as they glide through it.
~~
I recall asking them this:
~~
“Doctors, I understand what you are saying, it is not complex, but I must ask, why do these resentments of me cause you to adopt the conceit of Communism?”
~~
“That is to say, why do I cause you to be advocates of Communism?”
~~
To which they said to me, and most revealingly, so:
~~
Oh, we do not care about Communism, a silly, childlike affectation that does not even merit being called a “philosophy.”
~~
You are beautiful and we so hate your beauty:
~~
That:
~~
We simply want to destroy you,
~~
And hang the cost,
~~
Because we hate and resent:
~~
YOU.
~~
So it is that, for the man so consumed of envy,
~~
Beauty must DIE
~~
So that:
~~
Communism, destroyer of all beauty:
~~
MIGHT LIVE.
~~
So it is that we see how the Communist is given an opening into a society by the very weak and envious little men who labor, unappreciated and unfulfilled, at the Universities.
~~
These sad and weak little men, so overcome with envious hatred, leave open the door to the terrible horror of Communism, which promises them the real man, the strong man, who will strike down the very man who~the weak, little man~so fervently, so passionately,  envies.
~~
It is a curiosity and a sad paradox of the professor class that they care nothing of Communism, think it to be silly and childlike, and yet, loudly advocate for Communism as the mechanism to be used to destroy the beauty that they see all around them and envy so terribly and know that they can never have for themselves.
~~
In their frustrated, terrible envy, in their blind rage, they open the door to the cancer.
~~
Somehow, they never make note that the cancer will kill them first, before of all others, despite this having happened so many times before.
~~
After that door is open:
~~
The silly, little, weak and envious men are pushed aside and, indeed, they are very first one’s pushed to the wall to be shot:
~~
When:
~
THE TERROR ENTERS:
~~
The terror that can only be again set outside the house of civilized man by the most brutal of force.
~~
The other day, I rode a bus home from luncheon at my club to see, on that otherwise pleasant journey, to my surprise, this statuette dedicated to violence and murder, on Massachusetts Avenue–in the heart of the Embassy Row at Washington:

~~
Here we see what one might call:
~~
An:
~~
Inadvertent historical accident.
~~
Mandela is unknown to anyone, save for his ponces in the press services, the universities and the Communist propagandists and the very few of us who actually remember him as the vicious murderer that he indeed was.
~~
To the silly children who now venerate Mandela, who now pray their beads before his statuette on The Embassy Row, we ask, why do you so venerate a man about whom you know nothing except that which you have been spoon-fed by the Communists?
~~
We have written of this Mandela here before asking:
~~
“What to write when everybody’s wrong?”
~~
Comme ca:
~~
https://johndanielbegg.com/2013/12/10/nelson-mandelawhat-to-write-when-everybodys-wrong?
~~
Now, one would think that if the Communists were as conniving and ruthless as they have always been, rather than thrusting a violent Communist salute in the air above him on The Embassy Row:
~~
A clever artist would have been retained to have the cuddly grandpere of the nation looking benignly into the far distant future while holding onto the hands of little children holding flowers and smiling.
~~
Instead, the Communista shows to us her slip–in truth, removes her clothes for us altogether, in most correctly, and nakedly, portraying Mandela as the violent, unrepentant Communist murderer that he indeed was.
~~
Giving, for all to see:
~~
The international communist salute.
~~
My dears, Communism can never survive as long as there are decent people on this earth.
~~
That is why the Communists, in their desperation to hold power, kill so many hundreds of millions.
~~
So, be ever on your guard:
~~
Of the envious,
~~
Of the haters,
~~
Of class and position:
~~
Of the social levelers.
~~
These men will never go away because envy of beauty is a terrible disease.
~~
These men will seduce your children with their fake philosophy and bewitch the young into singing their songs that glorify the tearing down, the destruction of, all that is the beautiful, the destruction of art, the destruction of civilization.
~~
As a man who has seen the world and the beautiful creations of man that, God permit us, come about as a result of proper society, I know that it is beauty that so best defines the superiority of man above all God’s Creatures.
~~
You see, the Communist, in his hatred, in his vile envy, destroys all that is beautiful in the world in the name of what he calls:
~~
FAIRNESS
~~
EQUALITY
~~
ECONOMIC JUSTICE
~~
Of all the many reasons why Communism is a detestable condition, the fact that everywhere Communism exists, beauty always ceases to exist is the principal horror of Communism.
~~
That is what makes Communism:
~~
IMMORAL.
~~
As, everywhere:
~~
As Communism exists, beauty dies.
~~
So, too as, Communism must die,
~~
In order that:
~~
BEAUTY:
~~
May:
~~
Be:
~~
Reborn.
~~
~~Amen~~
~~~~~~~~~~~~~~~~~~~~~~~~~~~~~~~~~~~~~~~~~~~~~~~~~~~~~~~~~~~~~~~~~~~~~~~~~~~~~~~~~~~~~~~~~~
~~~~~~~~~~